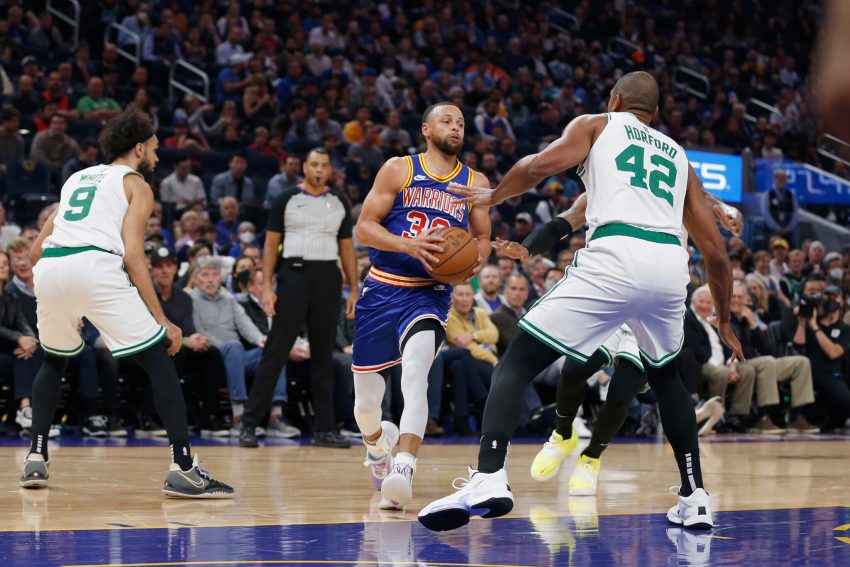 It all comes down to this. Golden State Warriors vs. Boston Celtics, best of 7, for the NBA Championship

While there are parallels to be drawn between the two ball clubs – both are multiple-time NBA Championship winners, though the Celtics are a little more storied in that respect, with 17 to the Warriors’ five – it’s where those similarities stop and the lines diverge that makes this such an intriguing matchup.

The Warriors look to return to the top of the mountain with the same core of veterans in Steph Curry, Klay Thompson and Draymond Green that won in 2015, 2017, and 2018, though Kevin Durant will surely insist his name be mentioned for the latter two. A new supporting cast of young players to back them up such as Jonathan Kuminga and Jordan Poole add value, too.

While the Celtics, appearing in the NBA Finals for the first time since 2010, do so with a collection of hungry, yet to be tested on the biggest stage stars, such as Jason Tatum and Jaylen Brown, ably supported by the veteran nous of the likes of Al Horford.

So in a sense they are almost opposites in terms of where they’ve invested, with the Celtics, at least their core, seemingly being a little more built to last.

That though is what makes this finals series so special – did anyone truly expect the Warriors to ever be back here, with these players?

Steph Curry ominously proclaimed “You dont wanna see us next year!” after last year’s playoff exit to the Grizzlies, where the squad was hampered by injuries to the likes of Klay Thompson, but who took it seriously? They’ve made believers of us all.

This leads us perfectly to our Series Winner odds. The Warriors are championship-tested, they’ve been there, been given the ceremonial t-shirt and hats, smoked the cigars, fizzed-up the champagne and sprayed it with abandon. That’s why here at Betfred we make them 8/13 favourites to lift the Larry O’Brien Trophy.

On the way to the finals they beat three teams on the improve. MVP Nikola Jokic’s Nuggets, Ja Morant’s fast-rising Grizzlies, and the almost-unstoppable Luka Doncic and his Mavericks.

And that’s where things get interesting, as the Celtics beat three teams full of already proven talent in Kevin Durant’s and Kyrie Irving’s Nets, Giannis Antetokounmpo’s reigning champion Bucks, and the always-tough Miami Heat, who reached the finals just two years ago.

They made it there with tough defense and an extreme amount of hustle, that’s why our price of 11/8 is surely a very tempting one.

With the Warriors starting off at home in San Francisco for the first two games, it’s very possible the Celtics could find themselves 0-2 going back to Boston which, especially in a finals series, feels like a mountain to climb.

You would expect them to grab at least one of those games back at home, but in this scenario, were the Warriors to pick up the ‘W’ in game 3, a sweep could be in the offing. We make the Warriors 19/2 to win it 4-0.

But let’s face it, we’re all hoping for a classic series, so 4-3 Boston (6/1) or 4-3 Warriors (7/2), especially with the last game back in San Fran at the Chase Center, could be possible, even if we’re betting with our hearts.

As we mentioned, the Warriors starting off at home makes their odds for a Game 1 and series win short for this market at EVS. However, Golden State to win the opener then lose the series could be, if you’re a Boston Believer, mouth watering at 19/4.

Were the Celtics to come out firing in Game 1 and win, they’re then 14/5 to go on and win and 9/2 to go on and lose. Either could be a smart bet if you think they’ll surprise the Warriors on Thursday night/Wednesday morning.

Finals MVP is invariably determined by two factors – which team wins, and who the best player was on that team.

It’s extremely rare that the winner of the award comes from the losing team, in fact, it’s only ever happened once, in the very first iteration, when Jerry West, ‘The Logo’, picked it up for the Los Angeles Lakers as they lost out to the Boston Celtics in seven games in 1969.

This obviously has to be taken into account when looking at this market. Let’s put it in simple terms – if the Warriors win the ‘chip, it should be Steph Curry (EVS), and for the Celtics, it will almost certainly be Jason Tatum (7/4).

The only possible outside bet here may be Jaylen Brown (12/1) for the Celtics, should they win, who averaged 24.1 points in the Eastern Conference Finals, just shy of Tatum’s 25.0 point average.

For all of those people who just want to see an epic series, this could be for you. Home advantage is big in the NBA, and the atmospheres on either coast are likely to be more raucous than your standard, regular season fare.

Both clubs have some of the best-regarded fans in the league, so the sixth man to take effect and for all victories to be at home, making this a 7-game series, it could be a nice bet at 22/1.

Check out all of these NBA Finals markets and more, here!