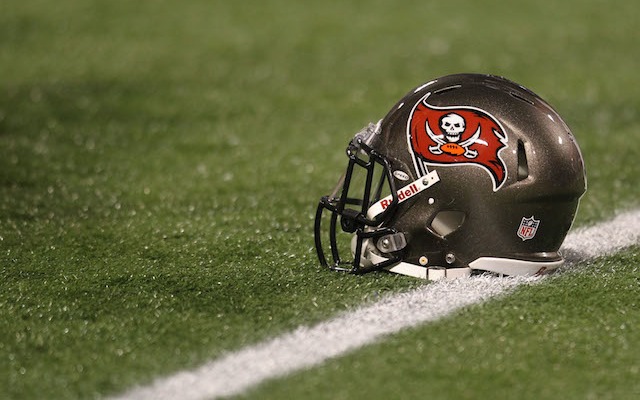 While the New Orleans Saints are intriguing and the Carolina Panthers have a new quarterback, the Tampa Bay Buccaneers are the NFC South favorites.

Bet against Tom Brady? Not in this lifetime.

Brady might be 45 years old this season, but he and the Tampa Bay Buccaneers remain the overwhelming favorites to once again win the NFC South.

While Tampa Bay — due in some part to Brady — are one of the league’s oldest teams, it’s still a roster rife with fantastic players who are playing at an elite level. The Buccaneers lost defensive tackle Ndamukong Suh, tight end Rob Gronkowski, guards Ali Marpet and Alex Kappa, and safety Jordan Whitehead, but brought in talent including Suh’s replacement in Akiem Hicks, and a starting guard from the New England Patriots in Shaq Mason.

For Brady, he still has ample weapons, with a new one being brought in with the signing of Julio Jones on a one-year deal this week. Jones hasn’t been the same player in recent years, struggling to stay on the field. Last year with the Tennessee Titans, Jones caught 31 passes for 434 yards and one touchdown before being released, but maybe with Brady, he regains his old form.

If the Bucs are going to be given a fight, it’ll be from the New Orleans Saints.

The wild card is quarterback Jameis Winston and whether he’s fully recovered from his torn ACL suffered last October. If so, the Saints have the star-power to be dangerous with receivers Michael Thomas, Chris Olave and Jarvis Landry, and running back Alvin Kamara.

Meanwhile, two teams in the division doesn’t figure to put up much fight.

The Atlanta Falcons are in the midst of a grand rebuild, with Marcus Mariota pegged to be their starting quarterback. With due respect to Mariota, it’s hard to see Atlanta competing for anything outside of the No. 1 overall pick in the 2023 NFL Draft, even if the former Oregon star surprises. The defense is lacking outside of star corner A.J. Terrell, and the offense is completely dependent on tight end Kyle Pitts and rookie receiver Drake London.

In Carolina, the Panthers are hoping Baker Mayfield can fuel a run to respectability, but questions loom. Can Christian McCaffrey stay healthy after playing a total of 10 games the past two seasons? Can the defense find consistency in the back end? Will Mayfield remain upright behind a line with question marks?