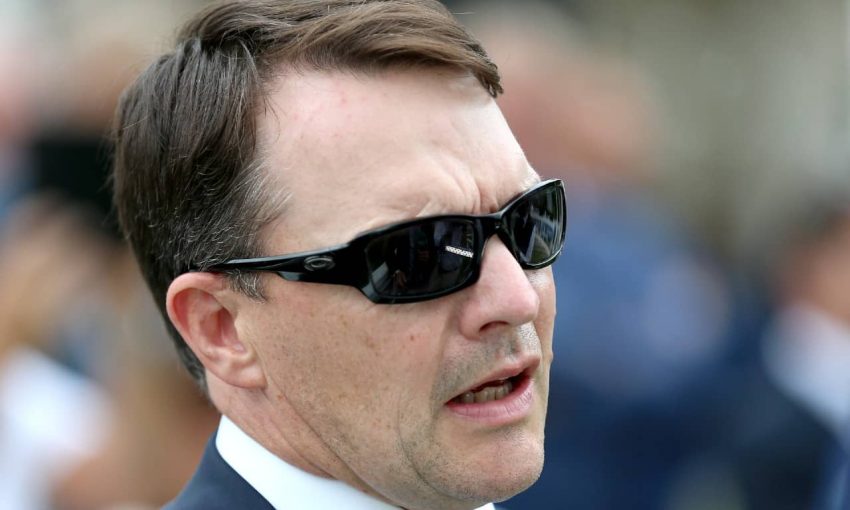 Kyprios and Order Of Australia will spearhead what could be a select Qatar Goodwood Festival team for Aidan O’Brien.

The Al Shaqab Goodwood Cup is Kyprios’ target after he announced his arrival as the latest star of the staying scene with victory in the Gold Cup at Royal Ascot last month, with Stradivarius and Princess Zoe poised to renew rivalries while reigning champion Trueshan could also lie in wait on Tuesday.

Order Of Australia (pictured below) returned to form with a Group Two win at the Curragh last Sunday and is primed to step back up to the highest level in Wednesday’s Qatar Sussex Stakes – in which the unbeaten Baaeed and 2000 Guineas winner Coroebus are two of the headline horses.

O’Brien said: “We are happy with Kyprios and the Al Shaqab Goodwood Cup has always been the plan since Ascot.

“The plan is for Order Of Australia to run in the Sussex Stakes, provided everything goes well between now and then. He has come out of the Curragh well.” O’Brien has a clutch of entries across the week, with Concert Hall set to tackle Thursday’s Qatar Nassau Stakes after finishing fourth in the Belmont Oaks earlier in the month while New York City could move up in trip for the seven-furlong World Pool Lennox Stakes after coming home last in the Sapphire Stakes over the minimum trip last Saturday.

Irish Oaks fourth Emily Dickinson is another who could make a swift return stepping back up to 14 furlongs in the Qatar Lillie Langtry Stakes.

The Ballydoyle handler said: “The plan at the moment is for Concert Hall to run in the Nassau Stakes. She is just back from America and seems very well, so we are thinking of letting her take her chance.

“New York City has a couple of entries and, if he is to go anywhere, it would probably be the World Pool Lennox Stakes. We will speak to Ryan (Moore) closer to the time and see what the race looks like.

“Emily Dickinson is a possible for the Lillie Langtry Stakes. She only ran last weekend and we are just going to see how she is, but she is in good form and the trip will suit.”

📖 Named after the Danish author Hans Andersen, this 450,000gns son of Frankel powers to victory at the second time of asking for @Ballydoyle & Ryan Moore in the opener on Juddmonte Irish Oaks day at the @curraghrace pic.twitter.com/LlMP8CINEo

Age Of Kings was a beaten favourite in the Tyros Stakes on Thursday evening, with his other entry Greenland yet to get his head in front.

O’Brien added: “We have not decided about the Vintage Stakes yet.

“Hans Andersen only won last weekend whereas Greenland is still a maiden and the other horse (Age Of Kings) ran at Leopardstown last night. We will decide nearer the time.

“The Vintage Stakes is a prestigious race and we like to have something good for it. If a horse does go to stud, it looks very good on their CV.”