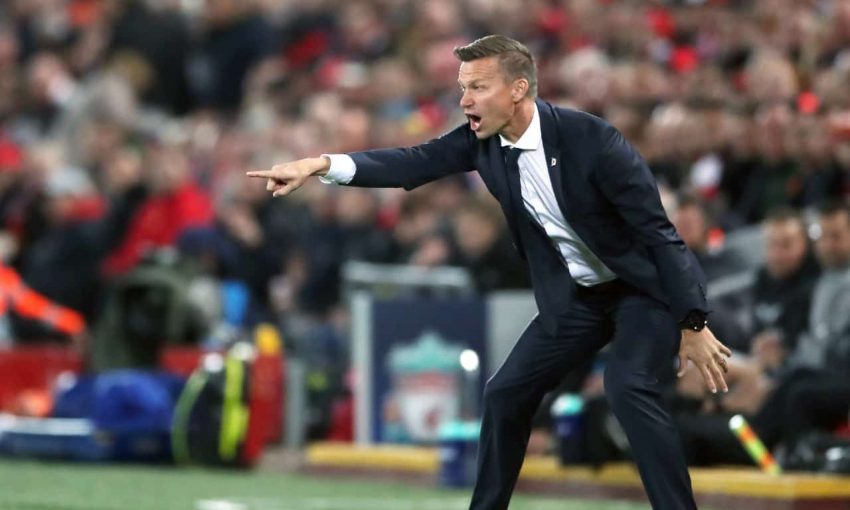 The records of American managers in the Premier League

Jesse Marsch has been installed in the Leeds hotseat to become the third American manager in the Premier League.

Marcelo Bielsa’s successor at Elland Road follows in the footsteps of Bob Bradley, who had a brief spell at Swansea in 2016, and former Huddersfield boss David Wagner.

Here we take a look at the records of those American managers in the Premier League who have gone before Marsch.

Bradley had managed the United States and Egypt national teams after early success in Major League Soccer, then got his chance in Europe with Norwegian side Stabaek and Le Havre in France.

Swansea represented a step up from Ligue 2 and his appointment in October 2016 as the league’s first American manager proved short-lived and unsuccessful.

He failed to even see out the calendar year, contesting only 11 league games with two wins and two draws before he was sacked two days after Christmas. Swansea were 19th at the time but survived under Bradley’s replacement Paul Clement, only to be relegated the following year.

Though he was born in Germany and had previously spent his whole career there, Wagner was raised in the United States and switched allegiance to win eight international caps for them having represented Germany at under-21 level.

He fared better than Bradley in the Premier League, at least initially, as having taken Huddersfield up from the Championship he opened up with two wins and a draw to claim August 2017’s manager of the month award.

They survived in 16th place that season but he left his post in January 2019 with the Terriers rock-bottom after two wins and 11 points from 22 games. Those struggles were put into context by replacement Jan Siewert adding only a further five points the rest of the way.

Wagner’s record of 11 wins from 60 games gives a combined 71 games, 13 wins, 17 draws and 41 defeats for American managers in the Premier League, equating to a meagre 18 per cent win rate and 0.8 points per game. What it means for Marsch

With Leeds 16th on 23 points with 12 games remaining, a similar points-per-game return for Marsch would lead to a final total of 32 or 33.

Burnley occupy the final relegation place on 21 points but have 14 games to play, as do Everton who are a point better off, while bottom pair Watford and Norwich have shown signs of life since their own managerial changes.

Marsch will therefore hope to hit the ground running with a better return than his predecessors if he is to pull Leeds clear of danger over the next three months, but the Whites have shortened into 6/4 in our Premier League relegation odds.

Wagner’s Huddersfield began with 15 points from their first 12 games – emulating that record would take Leeds to 38 and likely survival. Bradley, though, never made it to 12 games.