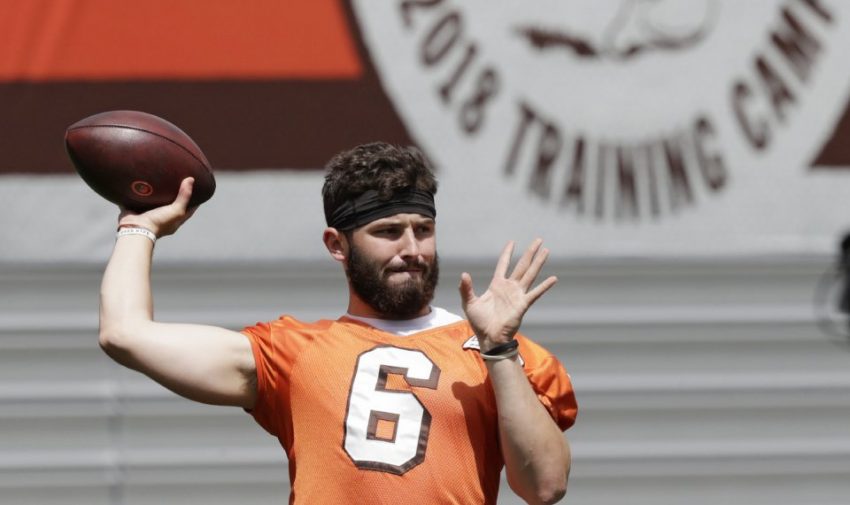 The Carolina Panthers upgraded at quarterback with Baker Mayfield, but is that enough to make them a viable playoff team?

On Thursday, it finally happened. The Carolina Panthers acquired quarterback Baker Mayfield from the Cleveland Browns.

To make it work, Carolina sent over a conditional 2024 fifth-round selection, which could upgrade to a fourth-rounder if Mayfield plays at least 70 percent of Carolina’s snaps this season. Furthermore, Mayfield took a $3 million pay cut while Cleveland is eating $10.5 million. The Panthers are only on the proverbial hook for $5 million before Mayfield is scheduled to become a free agent in 2023.

With all the preamble finished, the main question remains: are the Panthers now a playoff team in the weak NFC with Mayfield at the helm?

Realistically, it’ll be tough for the Panthers to make the leap. Last year, Carolina started 3-0 and there were murmurs of Sam Darold as an MVP frontrunner (seriously) before the team and Darnold cratered in epic fashion, finishing 5-12. Mayfield is certainly a better player than Darnold, but is he 4-5 wins better?

Carolina didn’t do much to upgrade the roster this offseason from what it was a year ago. The Panthers drafted Ickey Ekwonu to upgrade an offensive line which desperately needed it, but the unit is otherwise quite similar. The main difference could be the health of All-Pro running back Christian McCaffrey, who last year only played seven games. The problem? McCaffrey only played three games in the 2020 campaign.

Mayfield has a pair of quality targets on the perimeter in receivers D.J. Moore and Robby Anderson, so if McCaffrey is available, the Panthers’ offense could be intriguing. Of course, this assumes the line is significantly better than it has been in recent years.

Defensively, it’s a group with potential but also a litany of holes. Edge rusher Brian Burns and corner Jaycee Horn are excellent, but there are questions on all three levels.

Injuries happen, surprises come to the forefront, and players can sometimes step up in new systems, making it impossible to rule the Panthers out of contention. But it’s going to take a major, major push from some unexpected sources for Carolina to get there.