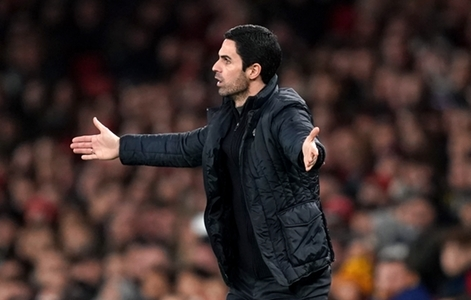 Arsenal (Top-four finish 4/9) won their fifth straight Premier League game to move above Manchester United into fourth as they beat Leicester 2-0 at the Emirates Stadium on Sunday.

Mikel Arteta’s side were then awarded a penalty in the second half following a lengthy VAR check which determined Caglar Soyuncu handballed in the box.

Alexandre Lacazette dispatched the spot kick and now the Gunners are a point above Man United, while they also boast three games in hand on the Red Devils.

Kai Havertz scored an 89th-minute winner, as the Blues consolidate third place in what was a scrappy game.

At the bottom of the table, Leeds and Watford (To stay up – Leeds 4/11, Watford 10/3, Everton 4/11) both secured vital wins as they attempted to move away from the relegation battle, while Everton suffered a damaging loss to Wolves.

The Whites were playing rock-bottom Norwich, with Jesse Marsch seeking to secure his first points as Leeds manager.

Rodrigo’s goal after 14 minutes gave them the lead, but a series of squandered chances looked to have cost the West Yorkshire outfit when Kenny McLean slid home an equaliser in the 90th minute.

A few minutes later though, Elland Road erupted when Raphinha squared the ball to teenage substitute Joe Gelhardt and he made no mistake to put Leeds four points clear of the drop zone.

Occupying 18th are Watford, but Roy Hodgson’s men put up a fine response to their 4-0 thrashing by Wolves on Thursday, as they claimed a 2-1 success on the road at Southampton.

Cucho Hernandez scored twice in the first half to give the Hornets a cushion and although the deficit was halved by Mohamed Elyounoussi, they managed to hold on.

It means Everton are outside the bottom three only on goal difference after Conor Coady’s second half goal saw Wolves take all three points away from Goodison Park with a 1-0 win.

It was the Toffees fourth straight loss, while Frank Lampard’s side were also reduced to ten men after Jonjoe Kenny picked up two quickfire bookings.

Yarmolenko, summoned from the bench to make his first appearance since the Russian invasion, controlled Said Benrahma’s pass before firing the ball beyond Emi Martinez.

He was tearful in his celebration, while West Ham soon scored another through Pablo Fornals before Jacob Ramsey struck a consolation for Villa, whose run of three-straight wins was brought to an end.