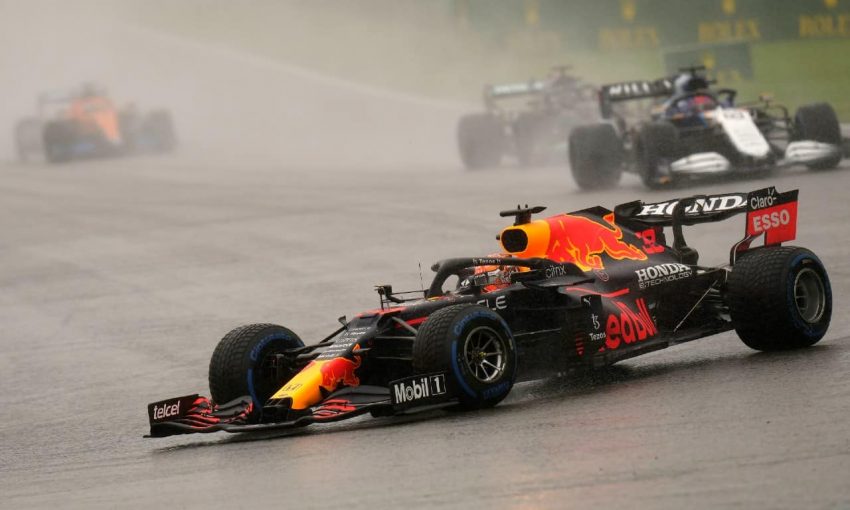 A thrilling start to the Formula One season has seen Ferrari rise from the ashes and take an early lead in the constructors’ championship, with the Prancing Horse’s main man Charles Leclerc 12 points ahead of team-mate Carlos Sainz in the drivers’ championship.

Defending champion Max Verstappen is a further eight points behind in third, but he will be looking for back-to-back Grand Prix victories as we pick out some Australian Grand Prix betting tips following his win in Saudi Arabia.

More of the same?

Verstappen passed Leclerc with only four laps to go in Jeddah in what was a thrilling battle which went to the wire.

Verstappen crossed the line only half-a-second ahead of Leclerc, with Carlos Sainz third and pole-sitter Sergio Perez fourth. If you fancy the same three men to finish in the same order in Melbourne you can get 8/1 for the tricast in Australian Grand Prix betting tips.

An incredible battle, from start to finish 👊

Both Ferrari and Red Bull have set their stall out for the season in the opening two races and their drivers are expected to dominate once again at a track which has been modified and should suit the two teams that have been quick out of the blocks with the fastest cars.

It is perhaps no surprise to see Ferrari and Red Bull drivers holding the top three positions in the Australian Grand Prix odds, but if looking for a bit of value, Red Bull number two Sergio Perez is joint-fourth favourite at 12/1 following his hard-luck story in Saudi.

Verstappen (13/10) holds a narrow advantage at the top of the market over championship leader Leclerc (6/4), while Sainz is available at 7/1 in Australian Grand Prix betting tips.

Seven-time world champion Lewis Hamilton was down on his luck in the aftermath of the opening two races and has almost given up any hope of a record eighth world title.

Following one of the worst qualifying performances of his career, Hamilton drove well to score a point from 15th in Jeddah, but declared in the aftermath that Mercedes had plenty of work on their hands to improve their car and that victory “feels like a long way away”.

He is braced for another testing weekend Down Under after his Mercedes team ruled out any major upgrades ahead of the Australian Grand Prix. With Mercedes’ ongoing problems, it is perhaps Hamilton’s reputation that sees him still joint-fourth favourite at 12/1 in Australian Grand Prix betting tips, while his team-mate George Russell is double the price at 25/1.

However, his class did see Hamilton make the podium in Bahrain and the Briton can be backed at 8/1 to finish in the first three combined with a Ferrari winning the race.

Has Norris lost his hunger?

It is not just Mercedes that have been slow off the grid in the early stages of the 2022 season with Lando Norris struggling to get his McLaren onto the podium.

He was way down the field in 15th in the season opener in Bahrain and although improving in Saudi Arabia, was only seventh, almost one minute behind winner Verstappen. Is McLaren’s 2022 car simply not good enough to match the levels the team have attained in previous years? Or has Norris’ mega-money four-year contract, which is understood to earn him in the region of £20million a year simply made Norris comfortable? As the old saying goes, it’s hard to get out of the bed in silk pyjamas.

Norris is a massive 150/1 to get his season up and running with victory at Albert Park, while he is 7/2 for a top-six finish in Australian Grand Prix betting tips.

All odds and markets correct at the time of publication