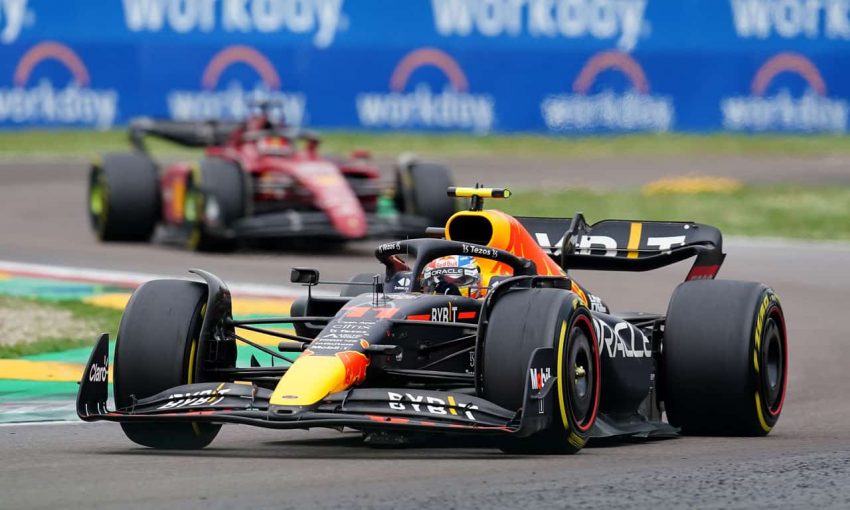 Only 15 points separate the top three drivers in the F1 standings as we study the odds for some Azerbaijan Grand Prix betting tips.

Max Verstappen leads the way with 125 points but has Charles Leclerc (116) and Sergio Perez (110) in hot pursuit after the first seven rounds.

Sunday’s race starts at 12pm at the Baku City Circuit and is live on Sky Sports.

Things could not have gone any better for Perez in the last couple of weeks and the Red Bull driver has obvious appeal at 6/1 to win the race for our Azerbaijan Grand Prix betting tips.

The Mexican is firmly in the title race after his recent success at the Monaco Grand Prix and that was followed by him signing a two-year contract extension.

The 32-year-old, who joined Red Bull from Racing Point at the end of 2020, is well on course to improve on finishing fourth in the world championship last season.

Get ready for some 𝐦𝐞𝐠𝐚 street racing this weekend 👊🔥

Perez said: “For me, this has been an incredible week. Winning the Monaco Grand Prix is a dream for any driver and then to follow that with announcing I will continue with the team until 2024, just makes me extremely happy. I am so proud to be a member of this team and I feel completely at home here now.”

The Mexican also heads to Baku with happy memories after winning the Azerbaijan Grand Prix last season, as well as claiming four other podium finishes.

He has built on that this year and has already accrued 110 points from seven races – including from his Monaco triumph – while he also claimed pole position at the Saudi Arabian Grand Prix.

Perez is 5/6 for a podium finish in the Azerbaijan Grand Prix odds while Red Bull are 7/5 to have both drivers in the top three.

Leclerc spurred on by setback

While everything is going right for Perez at the moment, Leclerc was left with very different emotions after the Monaco Grand Prix as his dreams of winning on home soil were shattered by his flat-footed Ferrari team.

Leclerc navigated a rain-hit start to control the early stages but his race fell apart when Ferrari’s strategy was exposed by Red Bull.

To make matters worse, a pit-stop mix-up saw Leclerc queue behind Carlos Sainz as both Ferrari men changed to slicks.

In a matter of laps, Leclerc, who has never won on home soil, had dropped from first to fourth, prompting a number of expletives from Leclerc’s cockpit.

He will be determined to make up for that disappointment this weekend and is 7/4 for victory, with Verstappen the 11/10 favourite.

Russell to show Hamilton the way

It was another race to forget for Lewis Hamilton in Monaco and he again looks worth opposing in our Azerbaijan Grand Prix betting tips.

Hamilton finished 50 seconds behind Perez in eighth, spending the second half of the race stuck behind Fernando Alonso’s Alpine.

He is now 75 points – the equivalent of three victories – behind championship leader Verstappen.

There’s been plenty of brilliant races in Baku! 🇦🇿

Take a look back at our pick for the BEST #AzerbaijanGP races! 💪 pic.twitter.com/Wd5bv9T1Tz

Hamilton said: “I am praying that the car doesn’t feel like it does here at the next race in Azerbaijan because it was the worst that it felt so far with the bumps, and I am looking forward to that going.  My teeth and jaw were moving the whole time and I am done with the shaking.”

George Russell finished fifth in the other Mercedes and is 34 points ahead of Hamilton in the standings.

Russell has taken the chequered flag ahead of his team-mate at every race, bar the opening Bahrain Grand Prix in March, and looks decent value at 8/11 to do so again on Sunday.