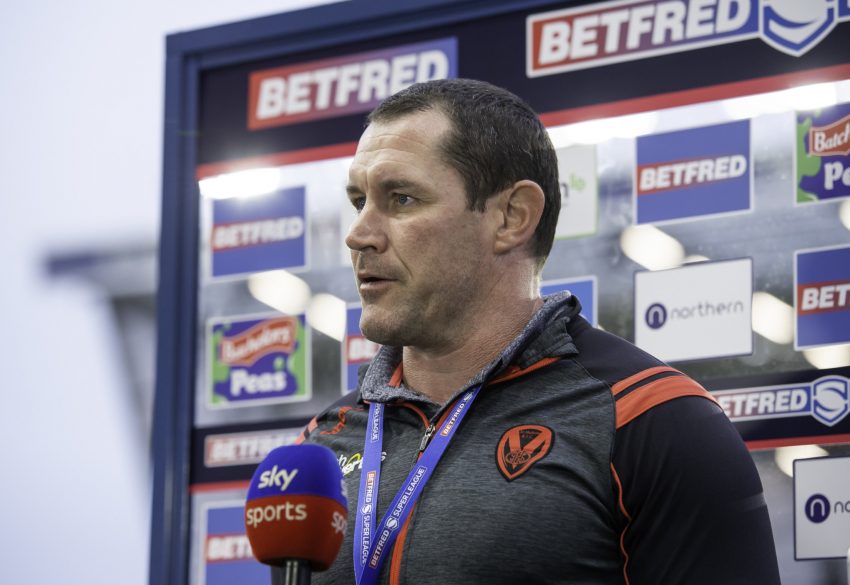 St Helens (10/11 Grand Final Winner) have opened up a six-point lead at the top of the Betfred Super League standings after easing to a 42-12 win over Leeds Rhinos on Thursday.

Kristian Woolf’s side extended their winning streak in the league to six matches as Konrad Hurrell and Alex Walmsley both crossed twice at the Totally Wicked Stadium.

Regan Grace, Agnatius Paasi, Joe Batchelor and Dan Norman also put their names on the scoresheet to earn a statement win over an improving Leeds side.

Woolf said: “They came to play and really challenged us. But I was really happy with the way we stayed disciplined and didn’t allow ourselves to get frustrated. We were able to find plenty of points at the back end. We stayed patient and kept attacking.”

Wigan (4/1 Grand Final Winner) start the evening in third, level on points with second-placed Catalans Dragons (7/2), and will be hoping to cut the gap to Saints as they seek a third successive victory.

They edged to a 29-28 win in the reverse fixture with bottom-of-the-standings Toulouse, who have only picked up two victories this season, but will be hoping for a more comprehensive triumph on home soil.

Hull FC, placed fifth, also feature on Friday at 20:00 when they head to Warrington Wolves in the hope of tightening their grip on a playoff berth (Match Betting – Warrington Wolves 1/2, Tie 18/1, Hull FC 9/5).

Successive defeats have left Hull five points adrift of Huddersfield in fourth and they are just two clear of cross-city rivals Hull KR in seventh.

However, they will be relishing the chance to take on a Warrington side well out of form.

The Wolves have lost five in a row and are without a victory on home soil since beating Huddersfield on April 23.