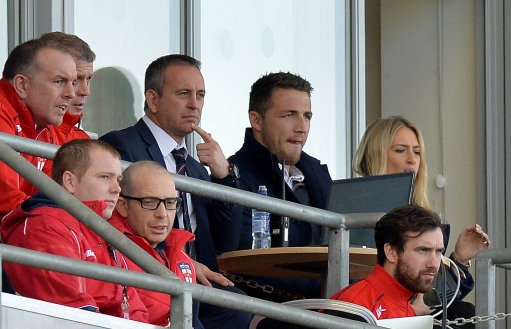 Week 12 of the Betfred Super League saw St Helens cement their grip at the top of the Super League table, with Catalans Dragons and Wigan Warriors still in close pursuit.

French side Catalans Dragons are looking to win the Super League title for the first time and they laid down a marker with a heavy 40-8 win against Warrington Wolves.

It was 6-6 in a tense first half, but a second-half burst from Steve McNamara’s side saw them triumph by a very comfortable margin.

Huddersfield Giants’ recent form in Super League had been ropey, but a second consecutive win and a triumph in the Challenge Cup semi-final has ensured the Giants have had a good couple of weeks.

They defeated Wigan Warriors 32-22 in what was a terrific performance at home on Thursday evening.

Louis Senior scored a hat-trick of tries in the dress rehearsal for the Challenge Cup final – a result that will give Ian Watson’s men a real confidence boost.

Lee Radford didn’t enjoy the best of starts to life at Castleford Tigers, but five wins from six have seen them jump into the top six.

They whitewashed Hull KR on Sunday, with Jake Mamo and Jason Qareqare scoring twice each.

Hull KR were limp, as they have been since Tony Smith announced he was leaving, but this was a fine display from the Tigers.

Rohan Smith’s first game in charge of Leeds Rhinos didn’t go to plan as they went down to a 23-8 loss to Salford Red Devils.

Ken Sio, Joe Burgess, and Andy Ackers scored tries in the first half for Salf0rd as Leeds struggled on Sunday.

The Rhinos have now dropped to tenth in the table, a point below their weekend opponents.

Willie Poching’s Wakefield Trinity might well be in a real relegation battle after suffering a 20-14 loss to bottom side Toulouse.

A win would have alleviated some of the pressure, but a fifth straight defeat – spearheaded by Olly Ashall-Bott’s double – in Super League means they are now only two points above bottom spot.

Daryl Powell’s Warrington Wolves continue to show their inconsistency and the 40-8 loss away at Catalans will have done nothing to help the mood in the camp.

There was much excitement when the ex-Castleford boss was announced as their new coach, but seven losses from 12 indicate big changes still need to be made.