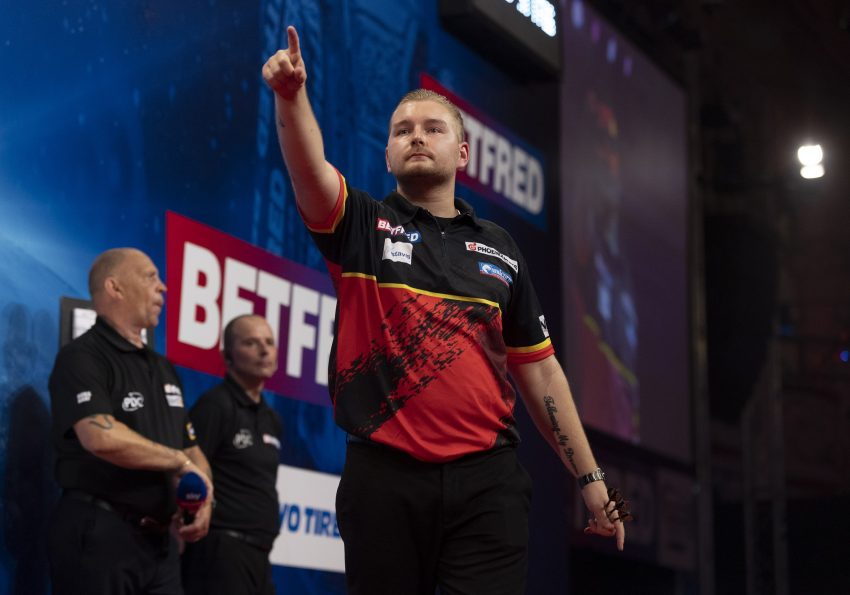 Dimitri Van den Bergh (11/4 – Tournament Outright) got his own back on Peter Wright as ‘The DreamMaker’ prevailed 16-14 in a classic encounter between the pair in the quarter-finals of the 2022 Betfred World Matchplay on Thursday evening.

Van den Bergh, champion in 2020, was put to the sword by ‘Snakebite’ in the 2021 final at Winter Gardens as he lost his grip on the trophy with an 18-9 thumping in Blackpool.

The pair faced off in a rematch in the quarter-finals of this year’s tournament on Thursday and put on a show for the packed crowd, with the Scot firing in eight 180s and his Belgian foe nailing 11 maximums.

It was Van den Bergh who managed to have that little bit extra when needed and despite Wright registering four ton-plus finishes, ‘The DreamMaker’ picked up his first televised victory over the world number one with a 102.01 average.

The Belgian will now take on Michael van Gerwen in the semi-finals after the Dutchman, who is the 15/8 favourite to lift the trophy for the third time, held off Nathan Aspinall’s fightback to win 16-14 in the second quarter-final.

Friday’s action will see the final two quarter-finals played out and the opening match, scheduled for 20:00, is an all-Dutch affair between Dirk van Duijvenbode and Danny Noppert.

Van Duijvenbode has knocked out Ryan Searle and Michael Smith to reach this stage and is 10/11 to advance to the last four, while 10/11 Noppert ousted Brendan Dolan before crushing Daryl Gurney 11-4 in the last round.

De Sousa averaged 103.26 in his 11-8 victory over Rob Cross in the last round, while Price edged out Dave Chisnall 11-8 to keep his hopes of a maiden World Matchplay title alive.