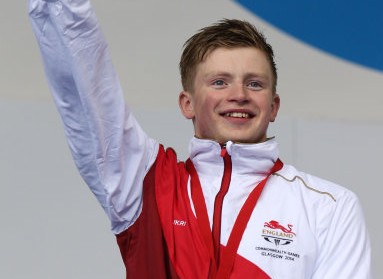 All eyes will be on Birmingham from the end of the month when the Commonwealth Games takes place between Thursday July 28 and Monday August 8.

After the opening ceremony takes place on Thursday, athletes will be competing in 14 different sports and para sports across 11 days with the action spread out at various venues in the city and in the wider West Midlands region.

This will be the third time the Commonwealth Games has been staged in England, after London 1934 and Manchester 2002, and the seventh Games in the United Kingdom following previous events in Cardiff, Edinburgh and Glasgow.

The opening and closing ceremonies and the athletics will all take place at the newly-refurbished Alexander Stadium, which will be the focal point of the Games, and the sports that will be making their Commonwealth Games debuts are Women’s T20 cricket, beach volleyball and para table tennis.

Track and field events are scheduled between August 2-7 and the Alexander Stadium, which will normally hold 18,000 fans following the construction of the new West Stand, will be able to welcome up to 30,00 spectators for the Games thanks to some temporary stands.

The Sandwell Aquatics Centre hosts the swimming and diving and is the only brand-new venue that has been purpose built for the 2022 Commonwealth Games. It will be reconfigured after the Games and reopen as a community facility next summer, while Adam Peaty (pictured) will be just one of the stars on show for Team England.

The University of Birmingham is the venue for the squash and hockey events, while it’s also the main Athletes’ Village for the duration of the Games. Arena Birmingham stages the gymnastics and the NEC will be where the boxing, badminton, netball, powerlifting, weightlifting and table tennis take place.

In the shadow of the iconic Rotunda building in the city centre, Smithfield will be the home of the beach volleyball and basketball 3×3 competitions. The area used to be the site of Birmingham’s Wholesale Markets but it’s been part of an ambitious £1.9bn regeneration project in recent years and will be a lively hub for the Games, which also includes the Smithfield Festival Site.

On Friday July 29 and Sunday July 31, Sutton Park in Sutton Coldfield is the destination for the triathlon and para-triathlon, while the marathon will finish in the middle of town at Victoria Square on Saturday July 30.

Edgbaston is the obvious venue for the T20 cricket competition, with women’s T20 cricket making its Commonwealth Games debut at the home of Warwickshire.

There is plenty of sporting action set to happen in the wider region and outside of Birmingham itself, with Coventry’s Arena and Stadium staging judo, wrestling and rugby sevens, while mountain biking is on at Cannock Chase Forest in Rugeley. Victoria Park in Leamington Spa hosts bowls, the cycling road race takes place in Warwick and the cycling time trial is in Wolverhampton’s West Park.

There’s even Commonwealth Games action taking place in London as the track cycling is based at the 2012 Olympic Games venue, the Lee Valley Velopark.

All 72 Commonwealth Games Associations have confirmed they will send participants to the 2022 Commonwealth Games, including Australia, Canada, India and South Africa. England will hope to do well across many of the sports, but particularly the cycling, gymnastics, athletics and cricket, while Scotland, Wales, Northern Ireland and even the Isle of Man will all have representatives at the Games.