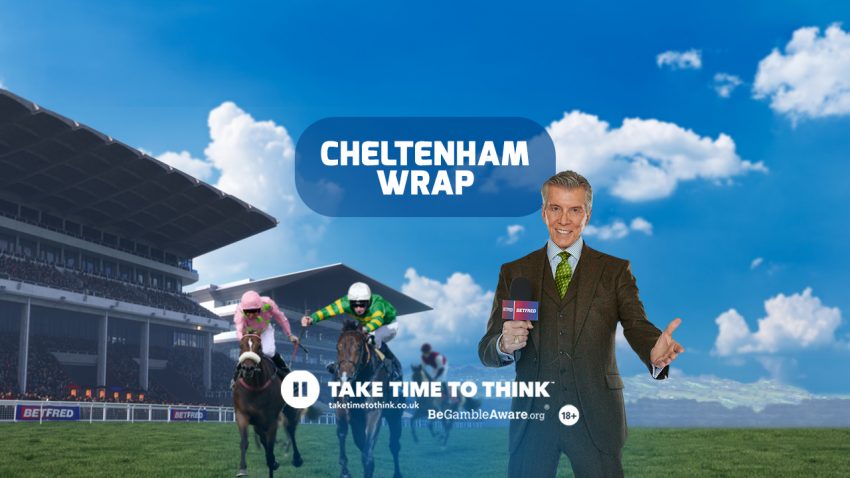 Rachael Blackmore made history on the final day of the Cheltenham Festival by becoming the first female jockey to win the Gold Cup under A Plus Tard.

Blackmore added the National Hunt showpiece to her collection of superb triumphs after gaining revenge over Minella Indo, who had beaten her and A Plus Tard in the Gold Cup 12 months ago, having to settle for the runners-up place this time around.

Blackmore has now won the Grand National, two Champion Hurdles and a Cheltenham Gold Cup in the past 12 months in what has been an amazing spell of success for the 32-year-old.

Afterwards, Blackmore was almost lost for words but did pay tribute to trainer Henry de Bromhead, telling ITV: “I just can’t believe it. I’m so lucky to be getting to ride all these kind of horses.

“You can’t do this without the horses and being attached to Henry’s yard is just absolutely phenomenal. To give me this horse is unbelievable I don’t know what to say.

“I’ve had so many special days. I wouldn’t swap the Grand National for anything but this is the Gold Cup. I wish I had something better to say right now. I just can’t.

“You have all these plans about how things are going to work out. Racing doesn’t let that happen all the time and for some reason it’s happened to me today. I just can’t explain how lucky I feel.”

Protektorat was third in the feature race, finishing ahead of Galvin in fourth and Royale Pagaille in fifth.

Betfred have made A Plus Tard 5/1 to make it back-to-back victories in the Cheltenham Gold Cup next year, Minella Indo is 16/1 to reverse the form in 12 months, while Galopin Des Champs is 9/2 and L’Homme Presse is 10/1.

On a sun-kissed final day at Prestbury Park, 6/4 favourite Vauban won the Triumph Hurdle for Paul Townend and Willie Mullins, another favourite in State Man (11/4) took the McCoy Contractors County Hurdle and The Nice Guy, at 18/1, won the Albert Bartlett Novices’ Hurdle.

The most dramatic finish on Friday saw Billaway edge out Winged Leader at the finish in the St James’s Place Hunters’ Chase, while Elimay won the Mrs Paddy Power Mares’ Chase and Banbridge won the final race of the Festival when victorious in the Martin Pipe Conditional Jockeys’ Handicap Hurdle.

Willie Mullins was crowned leading trainer with 10 wins overall at the Festival after his horses were victorious in five of first six races on the final day and all seven races on Friday were won by Irish-trained horses, meaning the final score in the Prestbury Cup battle against Britain was 18-10 in Ireland’s favour.