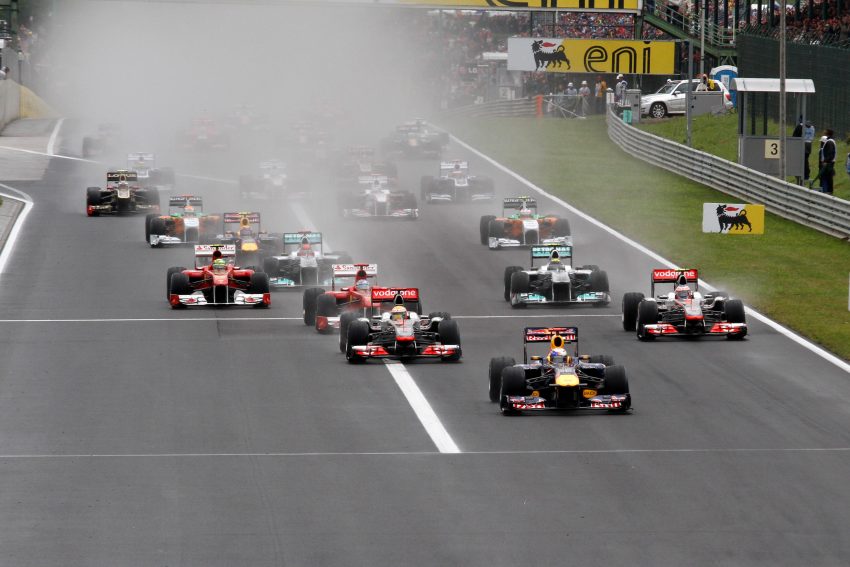 Ferrari’s Carlos Sainz (4/1 race winner) claimed the first pole position of his Formula 1 career during qualifying for the British Grand Prix on Saturday, as he edged out Red Bull’s Max Verstappen at Silverstone.

Drivers’ Championship leader Verstappen (8/11 race winner) had been favourite to secure pole after he topped the timesheets during the first two qualifying sessions, but in testing wet conditions, the Dutchman made a couple of mistakes early in Q3.

That opened the door for Sainz, who snatched pole towards the end of the top-10 shootout, posting a time of 1:40.983 to finish 0.072s ahead of Verstappen, who will sit alongside the Spaniard on the front row for Sunday’s race.

Sainz was claiming pole for the first time as an F1 driver at the 151st attempt and he was clearly surprised by the news, saying over the Ferrari team radio: “I didn’t expect that one,” before later adding that it had come as “a bit of a surprise.”

Reigning world champion Verstappen was not too concerned about missing out on pole, however, with the 24-year-old remaining in confident mood ahead of Sunday’s race.

“It’s not only about the first lap, it’s about the race,” Verstappen said, as per the BBC.

“Like I said, we have a good race car and it’s all about tyre management as well. Looking forward to tomorrow.”

The second Ferrari of Charles Leclerc (7/2 race winner) will start third on the grid ahead of Red Bull’s Sergio Perez (18/1), while home favourite Lewis Hamilton (14/1) was fifth fastest during qualifying for Mercedes.

Hamilton was in the hunt for pole for large parts of qualifying alongside team-mate George Russell, who will start eighth on the grid, with both drivers having slipped back during Q3.

Despite the late setback, Hamilton appears in confident mood ahead of Sunday’s race, as he goes in search of a record-extending ninth British GP success and fourth in as many years.