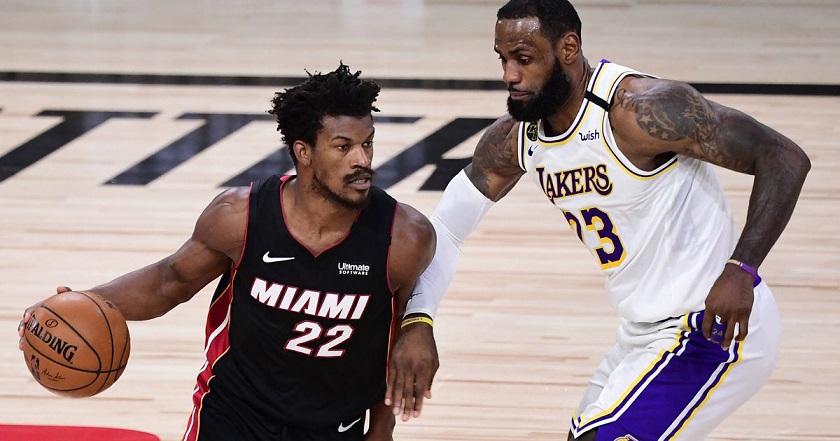 Jimmy Butler believes Miami Heat (11/2 NBA Championship Outright Winner) are “capable” of wrapping up their Conference Semifinals series in Philadelphia after moving 3-2 ahead in their dual with the 76ers.

Butler recorded a game-high 23 points on Tuesday at the FTX Arena as the Heat edged back ahead with a convincing 120-85 victory over Philly (20/1 NBA Championship Outright Winner).

The teams will resume hostilities at Philadelphia’s Wells Fargo Center on Friday and the Small Forward is confident his team will be able to book their passage with a win in Pennsylvania.

Elsewhere and Phoenix Suns moved 3-2 ahead with their 110-80 win over Dallas, with Devin Booker and Luka Doncic again leading their teams in points, each grabbing 28 on the night.

Wednesday’s action features two more Conference Semifinals, with one from either Conference.

Al Horford and Jayson Tatum both scored 30 points as the Celtics levelled the series in Wisconsin earlier this week and a win in Game 5 could be vital as Boston are set to have home advantage in any possible Game 7.

In the latter contest at 02:30, Golden State Warriors can advance to the Western Conference Finals with them currently 3-1 up against the Memphis Grizzlies.

Steph Curry has dominated the series so far, finishing as his team’s top scorer in the last three matches and the Dubs are 20/23 carrying a -3.5 handicap into Game 5, with the pair 1-1 from their two meetings in the current series at the FedExForum.