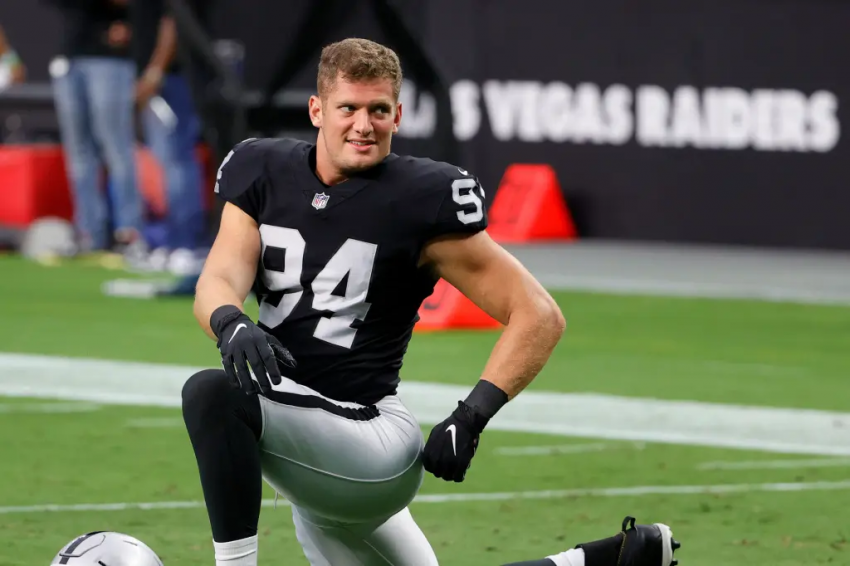 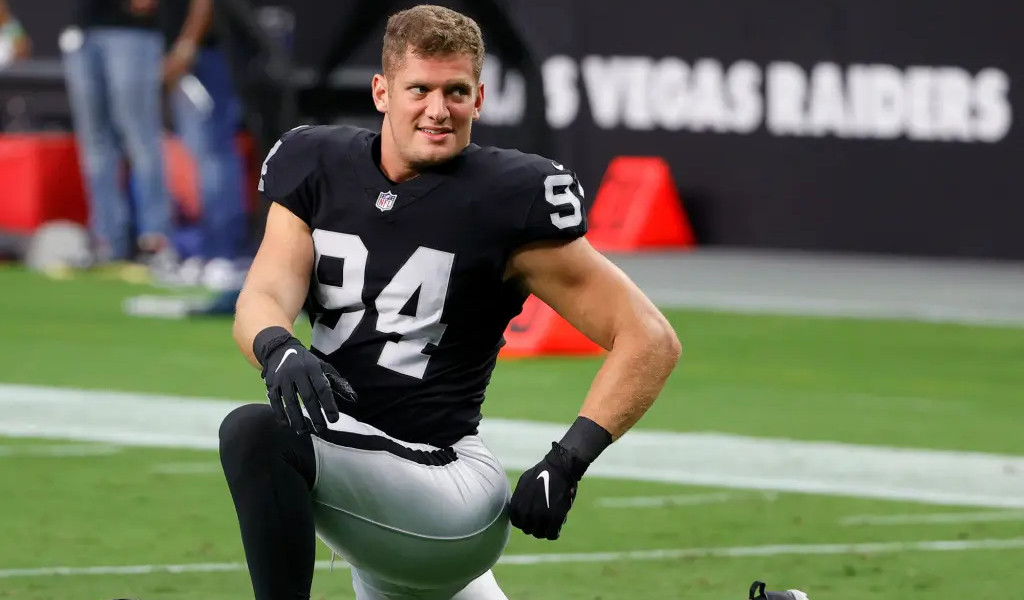 Carl Nassib, the NFL’s first openly gay player, hopes announcements like his one won’t be necessary in the future.

Carl Nassib came out as gay in June 2021, and says the thought of helping kids made him do it.

The 29-year-old defensive end was released by the Las Vegas Raiders earlier this year. He started 5 games last season and had four sacks and an interception.

“I stared at the phone for, like, an hour just looking at it, trying to hype myself up. The last thing I said was like, ‘You know what — for the kids.’ And pressed post.”

“I just wanted to show that it really doesn’t matter — your sexual orientation,” he said.

“We are making strides in a positive direction,” he said. “It won’t be a perfect road, and we just have to continue the course and make sure that we do it from a place of love and not from a place of animosity.

“That’s the society I hope for one day,” he said. “And I hope I can be a positive push in that direction.”

Read: Kenyan Drake ‘Ready To Get Back On The Field

While he says he has ‘so much love for Las Vegas’, he’s already thinking about his next step.

“The best scenario for me is, like, the best opportunity to show what I got. Got a lot in the tank.”