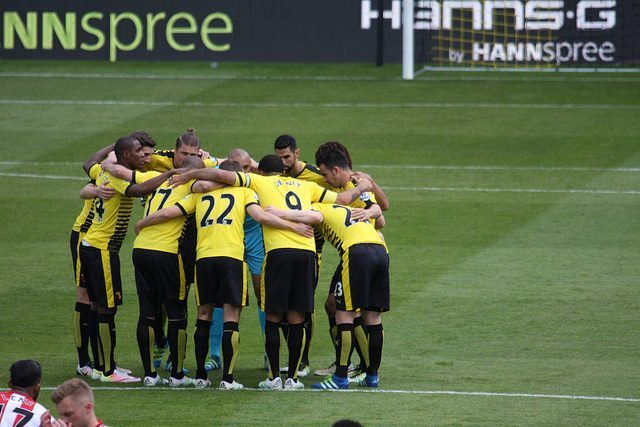 New Watford boss Rob Edwards has urged his side to show “passion” and “bravery” as they prepare to take on Sheffield United in their season opener on Monday (Match betting – Watford 29/20, Draw 23/10, Sheffield United 2/1).

After suffering relegation from the Premier League last season, Watford (6/1 – Championship outright) opted for a change in the dugout, with Edwards taking up the post and the former Forest Green Rovers boss will oversee his first competitive game on Monday.

Watford (7/4 – To be promoted), who have spent six of the last seven seasons in the Premier League, are eager to get back to the top-flight at the first time of asking, however, Edwards admits it will be tough to pick up consistent results in the second tier.

Edwards said: “The Championship is always difficult. It’s going to be a challenge, and every game will bring different challenges.

“I’m expecting it to be tough for us, but also for anyone playing us. I think it will be competitive and it will be exciting to watch.”

The 2022-23 Championship campaign got under way on Friday with games also taking place on Saturday and Sunday.

But Watford and Sheffield United (9/1 – Championship outright) have had to sit back and be patient for their chance to get up and running, with Monday’s clash set to play out from 20:00 at Vicarage Road.

Edwards has made it clear what he expects from his players as they attempt to get off to a positive start in the Championship.

He added: “I want to see a team that plays with passion, with energy, with commitment and with bravery.”

The new head coach confirmed in his pre-match press conference that he has a fully fit squad to select from, although Mario Gaspar, who joined from Villarreal on Friday, won’t be involved.

Sheffield United (11/4 – To be promoted) boss Paul Heckingbottom is under no illusions as to the difficulty of the task that awaits his side.

“He (Edwards) did a great job with Forest Green to get them up and he is someone they have been keeping tabs on. It probably signifies a change of approach from them as a club,” Heckingbottom said.

“You look at the Watford players, who they’ve kept, and you would expect them to be up there.”

Watford are unbeaten in their last five meetings with the Blades, although each of the last two have ended as a draw.