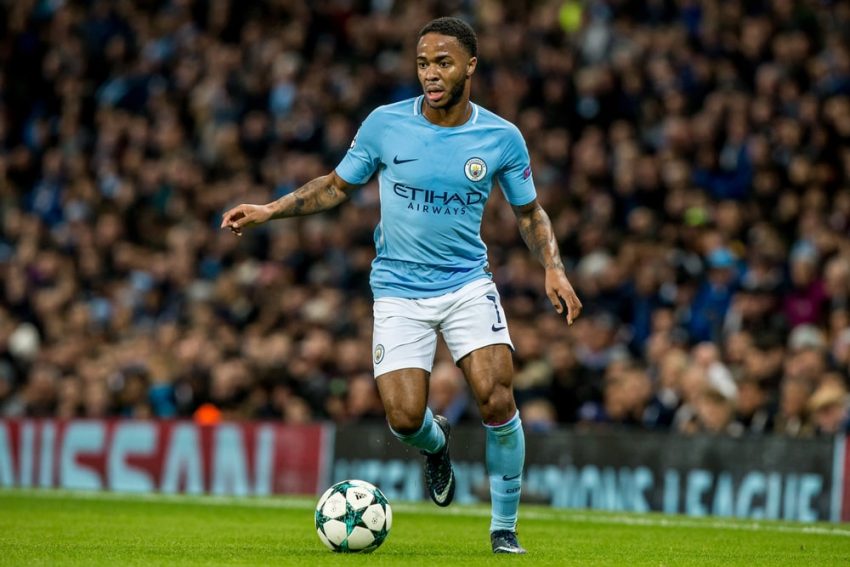 Having finished some way off the leading pair, Liverpool and Manchester City, in the Premier League title race last season and failing to retain their Champions League crown, it appears Chelsea is ready to spend big during the summer transfer window.

Following the departure of Roman Abramovich, Chelsea has a new chairman, Todd Boehly, and he’ll no doubt be keen to impress the club’s fans with moves to bring in the big names that would help to cement the West London club’s attempts at a genuine push for a first Premier League title since 2016/17.

Top of the club’s wish-list is 27-year-old Manchester City Raheem Sterling, who appears surplus to requirements at the Etihad Stadium and may just be tempted by a move to Stamford Bridge as it would secure him more chance of regular first-team action, which is all the more important in a World Cup year.

Thomas Tuchel led Chelsea to a Champions League crown barely four months after arriving at the club in January 2021, but last season was much more of a struggle, albeit in relative terms.

After all, Chelsea did manage to get through to the finals of both the EFL and FA Cup, losing both to Liverpool on penalties, but the fact that the Blues ended the season a massive 19 points off the top is harder to ignore.

The re-signing of Romelu Lukaku, for the princely sum of £97.5m, failed miserably, and there’s every chance the Belgian will saunter off back to Inter Milan this summer. Chelsea’s back-line has already been decimated, with Antonio Rudiger and Andreas Christensen leaving for Real Madrid and Barcelona, respectively.

There is a chance that captain Cesar Azpilcueta and Marcos Alonso could also leave, and the back-line is an area that Tuchel will be looking to strengthen, but their attack could well do with an injection of goal-scoring quality as well.

Sterling The Right Man for the Job?

So with that in mind, Sterling is high up on Tuchel’s list of targets and now is very much the right time to consider a bid for the England international. Raheem Sterling is very much a player that doesn’t seem to get the plaudits he deserves.

We are talking about an English player that has won the Premier League crown on four occasions and 109 Premier League goals to his credit, and on the whole, he has certainly impressed over the course of his seven seasons in Manchester.

However, he is by no means a first-team regular, and that’s where the problem lies. Pep Guardiola has an embarrassment of riches at his disposal, and as such, a number of his stars tend to spend large portions out of the picture. This even happened to £100m man Jack Grealish, so the fact that Sterling has at times missed out is in no way a personal affront or an indication of a lack of quality on behalf of the former Liverpool man.

Last season Sterling made a total of 32 starts in all competitions, in a season where Man City played a total of 58 games and still managed to net 17 goals. Only Riyad Mahrez and Kevin De Bruyne contributed more by way of goals scored. He also chipped in with eight assists, and any team that looks to acquire the speedy winger will definitely be getting a player capable of making things happen.

Chelsea and Raheem Sterling: A Match Made in Heaven

Meanwhile, Tuchel’s main strikers, the aforementioned Lukaku and Timo Werner, clubbed in with a measly 12 goals between them. Indeed the German boss had to use attacking midfielder Kai Havertz to plug the gap and count on American super-sub Christian Pulisic on far too many occasions.

Sterling is, of course, primarily a wide player but is capable of scoring goals from out wide and is the type of player that could suit Tuchel’s style of play.

The cost of the Man City man may also suit Chelsea as Sterling has just a year to run on his contract and could be available for as little as £50m, and that is a price very much worth paying for a player who is entering his peak years.

The move may well appeal to Sterling and offer him a chance to prove Guardiola wrong as well as a return to London, where the Jamaican-born attacker grew up.

One slight potential spanner in the works could be down to whether Man City wish to sell an accomplished player to a direct rival though Guardiola may, in a somewhat pleasingly perverse way for Chelsea, feel that they aren’t a team that concerns them, given their poor showing last term.