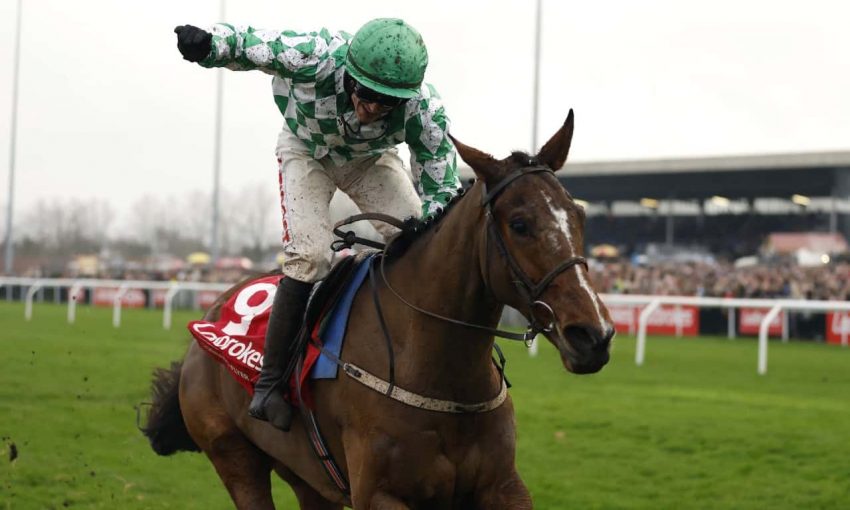 The best bets for the Cheltenham Festival Day 4

The Cheltenham Festival moves on to its final day and we have taken a look through the Cheltenham betting and analysed every single race on day four of the Prestbury Park showpiece.

The highlight of the whole week is the Cheltenham Gold Cup and the star attraction on the final day of the Festival is the race they all want to win, with our in-depth analysis highlighting what that takes.

There are also six other top-class races on the final day as we look for some winners to finish the 2022 Cheltenham Festival on a high.

Here we pick out some Cheltenham day 4 tips for the final action of the Festival, while we will also have an each-way lucky 15 for consideration each day via our Cheltenham tips page.

Another Grade One contest where the Irish look set to dominate and the market suggests this will be won by one of Pied Piper or Vauban, who fought out the finish of a Punchestown maiden on New Year’s Eve.

Both have enhanced their claims since and make are hard to knock, but for the first of our Cheltenham day 4 tips we’ll take a chance on IL ETAIT TEMPS (12/1).

Willie Mullins’ four-year-old caught the eye when third behind Vauban at the Dublin Racing Festival and only has around six lengths to find with his highly-regarded stablemate.

Everything needs to fall right to land one of the most competitive handicaps of the week and we’re hoping that COLONEL MUSTARD (6/1) can build on some smart novice form to land a blow for Lorna Fowler.

He has plenty of Graded experience to his name and his experience amongst quality opposition could prove to be a useful asset in a race which is often won by a high-class operator.

So far this term he has chased home Supreme runner-up Jonbon and last year’s Champion Bumper winner Sir Gerhard and with Conor Orr booked to remover what could be a vital 3lb, he could make light work of a lenient looking rating of 140.

The last-minute injury to Minella Crooner has left this race at the mercy of HILLCREST (3/1), who looks a star in the making and will devour every yard of the three-mile test.

Henry Daly’s giant seven-year-old has won every race he has completed over hurdles and was a Grade Two scorer with the minimum of fuss at Haydock last month.

Before that he created a taking impression when seeing off I Am Maximus in a Listed contest at Prestbury Park on New Year’s Day and it has been noticeable in all his outings that Richard Patrick has rarely had to overly exert his mount to put the race to bed, simply urging him to keep the revs up and keep on galloping.

He looks a complete freak of nature and this could be just the humble beginnings of a stellar on-track career.

We have already assessed all of the Cheltenham Gold Cup candidates in depth, but the one we are siding with as one of our Cheltenham day 4 tips is TORNADO FLYER (12/1), who can prove his King George form was no fluke.

It is often said that the King George is the best Gold Cup trial and in a completely open year, it may pay dividend to side with a runner completely unexposed over the Gold Cup trip, rather than those that have already had a taste of the gruelling test that is the blue riband.

With no assured front-runner in the line-up, stamina may not be as important as class this time around and the nine-year-old, who has run well at this meeting in the past, could hand Willie Mullins his third victory in the Festival feature providing his jumping holds up over the 22-fence contest.

Who saw that one coming?! 😲

Billaway looks to make it third time lucky in this race for having fallen short the past two years, but it may pay to side with BOB AND CO (11/2), who beat the Mullins raider at the Punchestown Festival last year and was in the process of running a big race in this contest in 2021 when unseating his rider at the third last.

He looks a smart each-way play as one of our Cheltenham day 4 tips and would be a popular winner with the enthusiastic owner-rider David Maxwell doing the steering.

This could be a straight out between Mullins and Gordon Elliott and the one that could shade matters is ELIMAY (9/4), who is backed to go one better than her second in this 12 months ago.

Colreevy got the better of her then, but she was a top-class operator and our Cheltenham day 4 tips selection tuned up for this race in good fashion when winning at Naas last time.

Cheekpieces and a tongue-tie were added on that occasion and seemed to spark her back into life and if she repeats the level of form she produced in the race last year, then she will have a fantastic chance of reversing Fairyhouse form with Mount Ida, with only half-a-length separating the two high-class mares on that occasion. The getting out stakes could go the way of a big-priced outsider and we’re backing FREEDOM TO DREAM (22/1) to prove he is a Graded performer masquerading as a handicapper.

The last of our Cheltenham day 4 tips has performed respectably in Graded races the last twice and could have been criminally underestimated by the handicapper, set to run in this race off a lowly rating of 135.

His handler, who plundered the Imperial Cup at Sandown last weekend, sent out Belfast Banter to win on this Gold Cup card 12 months ago and he could have plotted out another big-price handicap winner to finish the meeting on a high.