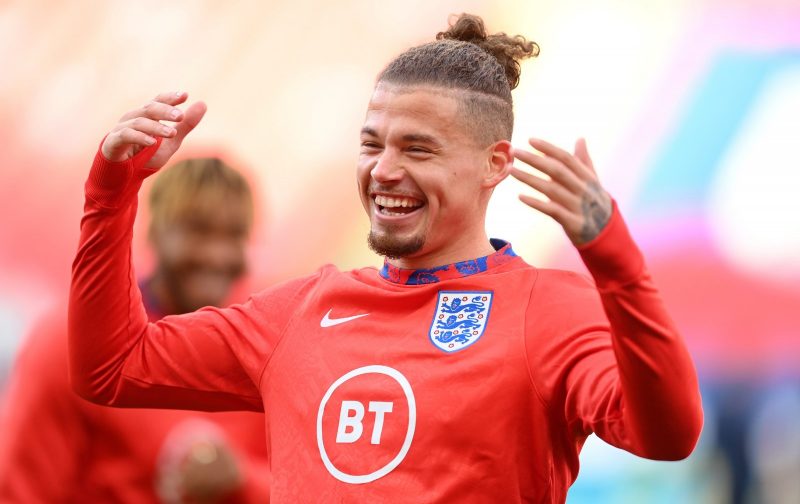 Manchester City have completed the signing of Kalvin Phillips from Leeds United on a bumper six-year contract, while rivals Manchester United are closing in on deals for Christian Eriksen and Tyrell Malacia.

Pep Guardiola’s side certainly appear to be underlining their 4/7 credentials of winning a third successive Premier League title during the 2022-23 campaign and Phillips is excited by the prospect that awaits him at the Etihad Stadium.

“I am absolutely delighted to have joined Manchester City. City have again proved to be the best team in the country,” Phillips told reporters.

“To be able to play under Pep and learn from him and his coaching staff as well as be part of such a fantastic squad is a prospect that I am incredibly excited about.”

Phillips also penned an emotional goodbye to hometown club Leeds, who he represented 235 times following his debut in 2014, playing a key role in their Premier League promotion six years later.

Leeds only just avoided relegation from the top flight last season and the departure of Phillips, along with the anticipated exit of Raphinha, means its could be another tough season for the Whites (9/4 to be relegated), although in a separate deal to Phillips, teenager Darko Gyabi has moved to West Yorkshire from City.

It also looks like being a busy few days for Man United, with reports suggesting Christian Eriksen has agreed a deal in principle to move to Old Trafford where he is expected to sign a three-year contract.

Danish international Eriksen is a free agent after his short-term deal at Brentford expired this summer. The Bees had been keen to keep hold of the 30-year-old but he now looks set to link up with Erik ten Hag in Manchester.

Eriksen may not be the first United signing of the Ten Hag era though, as the Red Devils are also understood to be closing in on a deal for Feyenoord left-back Tyrell Malacia, who is believed to be undergoing a medical ahead of a reported £13million switch.

Man Utd (5/4 Top 4 Fnish) failed to secure Champions League football for the upcoming campaign, as did Arsenal (2/1), who earlier on Monday completed a £45million deal to sign Gabriel Jesus from City.

On a busy Monday of transfer activity, newly-promoted Fulham (4/7 to stay up) also delved into the market to sign Portugal international Joao Palhinha from Sporting Lisbon – the Cottagers are targeting survival after their last three top-flight campaigns ended in relegation.