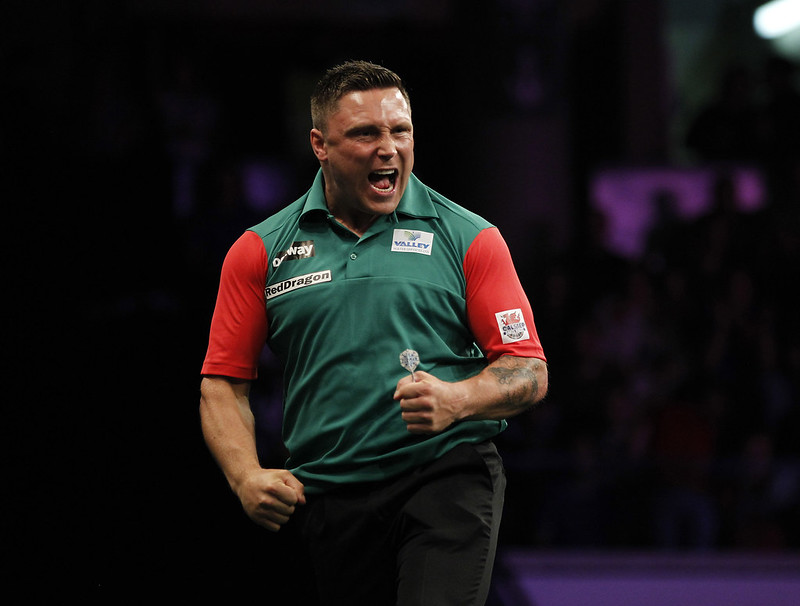 A display of sensational finishing saw Gerwyn Price (4/1 – Tournament Outright) advance through to the quarter-finals of the 2022 Betfred World Matchplay with an 11-8 win against Dave Chisnall.

2021 World champion Price hit a 161 and 164 on his way to beating Chisnall and managed to rally despite being 6-4 down at the second break.

The Welshman levelled with a 124 – another bull checkout – to bring the game back to 6-6 before going on to win five of the next seven legs to continue his quest for a maiden Matchplay title.

Jose de Sousa (16/1 – Tournament Outright) will play Price in the last eight after holding off Rob Cross to win 11-8 with both players averaging over 103.

Meanwhile, Michael Smith’s wait for a TV major goes on as he was knocked out by number 14 seed Dirk van Duijvenbode (7/1 – Tournament Outright), who averaged 98.

The Dutchman was out of the blocks quickly and hit the Big Fish 170 checkout – the highest of the tournament so far – to go 4-0 up.

Smith was far from his best and although he missed double 12 for a nine-darter later in the game, van Duijvenbode sealed an 11-7 win.

The “Freeze” was always in command against the Northern Irishman and delighted the Blackpool crowd with a “no-look” 180 en route to victory.

Thursday night sees the start of the quarter-finals with matches now first to 16 legs.

Wright was an 18-9 victor last year but was pushed all the way by Krzysztof Ratajski in his last-16 clash and will need to raise his game against the Belgian.

MVG strolled past Joe Cullen in the last 16 while Aspinall got the better of 2007 Matchplay winner James Wade.