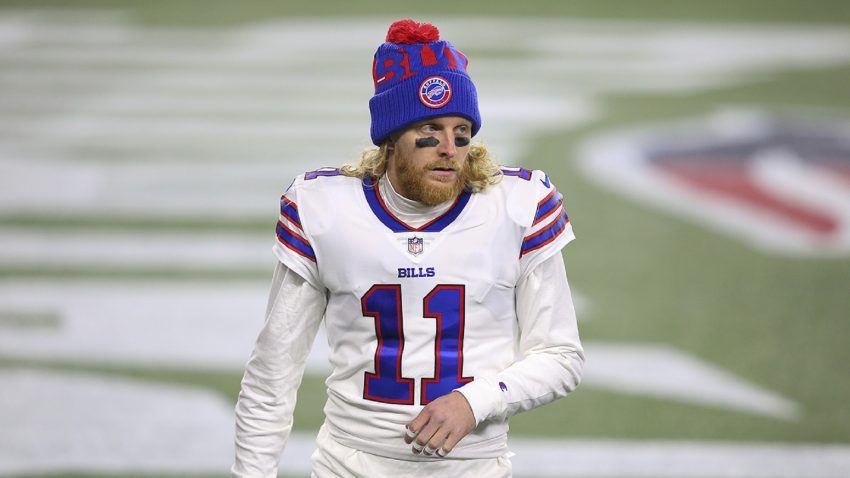 As the official start of the offseason inches closer, the Buffalo Bills are bracing for some notable changes.

One of those changes could see veteran wide receiver Cole Beasley, who reportedly asked for a trade. According to ESPN, the Bills have granted him that option.

“I haven’t spoken to Cole personally or anything like that. We’ll just take it day by day,” general manager Brandon Beane said Tuesday via ESPN. “Obviously, we’re going to have some tough decisions to make across the roster, again, whether they’re straight cuts, restructures, extensions, we’re going to look at a lot of areas with a lot of these guys as we move forward.”

Beasley is heading into the final year of his four-year, $29 million deal with a $7.6 million cap hit for the 2022 campaign. If the Bills trade him, it would save the franchise $6.1 million in cap space with $1.5 million in dead cap.

Buffalo is currently projected to have about $1 million in cap space, making more roster moves ahead inevitable. Beasley is coming off recording 82 receptions for 693 receiving yards with a touchdown.

He finished with 274 fewer receiving yards, while his one receiving touchdown is his lowest since the 2012 season. The Bills will likely seek to acquire draft assets in a trade as he provides stability to the passing game.

He was a stable offensive option in Buffalo, being one of star quarterback Josh Allen’s reliable targets. His inevitable departure will open up opportunities for Gabriel Davis to garner a more significant role.