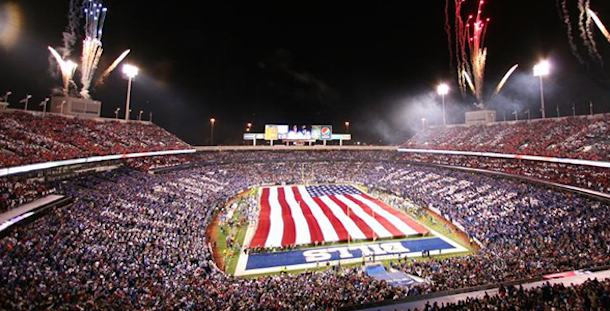 A star for the Buffalo Bills only two years ago, receiver Cole Beasley could be playing elsewhere in 2022.

If the Buffalo Bills want to get younger and cheaper, Cole Beasley might be leaving shortly.

Beasley, 32, is entering the final year of his contract and is reportedly being allowed to seek a trade from another club. Buffalo general manager Brandon Beane talked about Beasley’s situation on Tuesday while at the NFL Scouting Combine in Indianapolis. Per ESPN:

“I haven’t spoken to Cole personally or anything like that. We’ll just take it day by day. Obviously, we’re going to have some tough decisions to make across the roster, again, whether they’re straight cuts, restructures, extensions, we’re going to look at a lot of areas with a lot of these guys as we move forward.”

By trading Beasley, the Bills would be netting $7.6 million in cap space, putting them roughly $1 million below the threshold as the new league year approaches on March 16. At that time, all teams must be and stay under the salary cap or be in violation of league rules.

Ultimately, this news isn’t shocking. Beasley was an All-Pro in 2020, helping Buffalo capture its first AFC East title since 1995 before reaching the conference title game. However, the slot receiver struggled in 2021 by comparison. Both campaigns saw him catch 82 passes, but the yardage dipped from 967 to 693 while he notched a single touchdown.

Read: Bradley Beal Is Leaning Towards Re-Signing With The Wizards

Looking at Buffalo’s roster, there are better options. The Bills can likely re-sign receiver Isaiah McKenzie for a cheaper rate and perhaps get similar production to what Beasley did in 2021. There’s also the emergence of third-year receiver Gabriel Davis, who caught four touchdowns in the AFC Divisional round against the Kansas City Chiefs in a 42-36 overtime defeat. Finally, the Bills have Stefon Diggs to lead the weaponry, giving them a plethora of weapons around star quarterback Josh Allen.

By moving on from Beasley, Buffalo might net a late-round pick and spin it to move up for additional defensive help, or make the selection and hope to strike on Day 3.

For the Bills, it appears time to flip Beasley if possible for compensation. For Beasley, it’s the end of a great chapter in his career, and quite possible the final one of note considering his age and declining production.