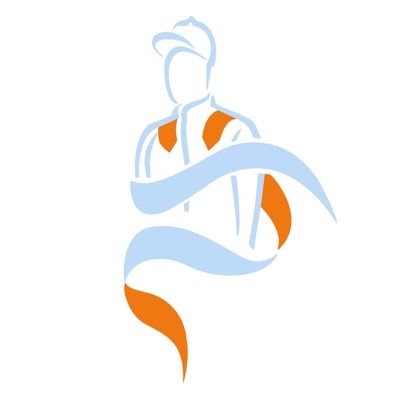 Jamie Brownlow, an owner with Middleham Park Racing, has been kind enough to forward 6 horses he fancies to show up well in those orange and light blue silks. He’s added a few two-year-olds to the mix which is ideal for our blog – it’s niche.

A very professional colt who likes his training. I went and saw him on the galloping up Warren Hill at Newmarket. He has a lovely stride and has speed as well. I would say he will start five furlong maiden and then see where it takes him in his career. Staying in the sprint races or further. A very likable colt.

Trainer Hugo Palmer likes what he sees in this young colt. A quote from the trainer saying: ” There’s something about him. He goes about his business. He’s showing a fair amount of speed for such a big horse”. Everyone loves a grey. He looked very nice and professional walking around the make shift parade ring. Also he was very calm in front of potential owners. On the gallops watching him, he just wanted to beat another horse beside him on the gallops, which was a good sign. I think he’s one to watch of the flat season. He’s entered early in the Wetherby Super Sprint as well.

Trainer Richard Hannon likes the way he does it with ease on his exercise. The dam (Simmy’s Temple) was owned by Middelham Park Racing. She was second in the Brocklesby stakes at Doncaster. So this colt will have plenty of speed in his pedigree, even his sire is all speed as well. So I would say he will start 5 furlong and then will progress from there. I can see him running in top races in high handicap races  as a 2yr old and better as a 3yr old.

Trainer Marc Botti quoted to say: ” That he has a very good temperament and has taken everything in his stride”.

Keith Dalgleish had success with Middleham Park Racing with the likes of Clem Fandango, Howzer Black and the up and coming 3yr old gelding Beltane. Looks like Keith Dalgleish has got another one in his hands, with this filly. She’s is strong and looks pretty quick. Trainer has started to up the exercises on his horses and reports that she is progressing, very well on the gallops.

Keith Dalgleish is quoted saying:” There’s something about this filly that I really like”. Dandy Man filly looks very well and hoping, that Karl Burke will have another nice filly in his hand for this flat season. By all account that the filly has wintered, well and now is at Karl Burke yard. I don’t think she will be an earlier type filly. But I’m sure will see her mid-term start. But I’m not sure. She might start at six furlongs races as the sire of Dandy Man I think ground conditions is important with this filly.

Lexington Knight looked fantastic parading when I was at the stable visit at Richard Hannon. He’s definitely grown into his frame and strengthen up to a very nice horse. I’m sure he will improve his, 3yr old form last year. In which his form stands as 23322105352. He will be running between 1 mile 2 furlong to 1 mile 4 furlong races or further. At the moment there is no firm targets plans for him. So it will be Intresting how he does, in his 3yr old flat campaign.

Richard Hannon likes him and he says:” He’s going to be a very very nice horse this year”.

Many thanks for Jamie for detailing this post. Wishing him and the Middleham Park Racing syndicates all the best for the season ahead.

(Permission to use photos from Jamie Brownlow.)