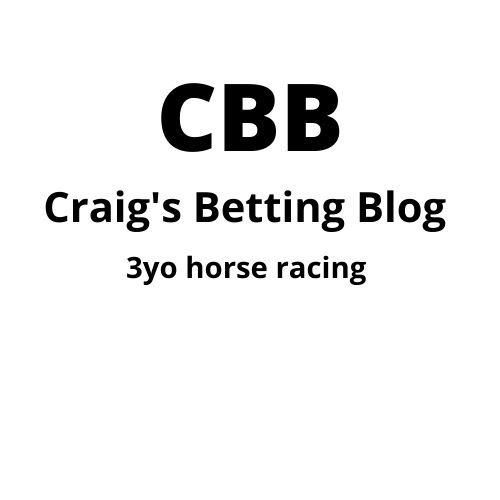 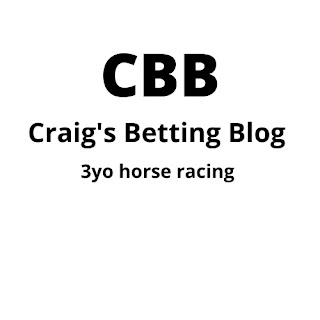 1: SAMUEL PEPYS is by Galileo and out of Tiggy Wiggy, trained by Aidan O’Brien. I always remember dam Tiggy Wiggy as being an absolute speed machine who made all and just bombed out the stalls, add Galileo to the mix and we could have a nice type here. Samuel Pepys is a full-brother to a couple of nice O’Brien horses, Southern Cape and Year Of The Tiger.

2: KING OF TIME is by Kingman and out of Lombatina, trained by Charlie Appleby. The boys in blue could have a nice one here. Dam Lombatina only raced twice, winning first time out. Her offspring include Agrotera for Ed Walker who ran to a decent level winning a Listed race back in 2019, hopefully this Kingman colt can put in a few decent performances this season.

3: PEROTAN is by Churchill and out of Tanaghum, trained by Aidan O’Brien. Dam Tanaghum has been busy over the years and produced a few nice types, trained by John Dunlop Tanaghum ran to a decent level herself winning a Listed race. One offspring to note is Matterhorn who was a class horse for Mark Johnston. Perotan could be a name to look out for.

4: DAIQUIRI DREAM is by Dubawi and out of Cocktail Queen, trained by Ralph Beckett and owned by familiar owner Mr J. C. Smith. Dam Cocktail Queen was a decent type back in her day for David Elsworth and produced a nice type trained now by William Haggas called Tom Collins who has performed with credit. Ralph gave Daiquiri a decent entry last season so lets hope he was right.

5: GALLERIA BORGHESE is by Caravaggio and out of On Ice, trained by Aidan O’Brien. Not much information here but well-thought of by Aidan so that will do for me.

6: GRACELAND’S GIRL is by Iffraaj and out of Stella Point, trained by Tim Easterby and owned by The Wolf Pack 2 and Partner. Long shot this one. A full-sister to Storting
who is a decent sort for Mick Channon.

7: INSTRUMENTAL is by No Nay Never and out of Strut, trained by Aidan O’Brien and owned by Derrick Smith. I have a few Irish 3yos in the list so I will just throw them in. Dam Strut was a nice type for Roger Charlton and he certainly loves this dam, training four of her offspring including Mince who was a class act back in her day. Plenty of speed in Instrumentals pedigree and another to look out for this season.

8: IVY LEAGUE is by Galileo and out of Timbuktu, another trained by the all conquering Aidan O’Brien. Dam Timbuktu was average to say the least but has produced one nice offspring named Ontario who came third in a Listed race last year, disappointed after that so will be wary with this Galileo colt.

9: ZERO CARBON is by Acclamation and out of Clotilde, trained by Richard Hughes. Another one that you may not find in other 3yos to follow this season but it’s nice to be different. It took a while for dam Clotilde to come into her own but had a decent season as a 4yo winning a few races over a mile. I will be keeping that in mind when this bay colt makes his debut.

10: PEARL BORDER is by Ribchester and out of Firth Of Lorne, trained by Charlie Appleby. Pearl Border comes from a class family being a half-sister to Master Of The Seas and Latharnach both trained by Charlie. Another exciting Godolphin 3yo to look out for.

Times getting on I will note below a few more I will be keeping an eye out for.

Thanks for reading and look out for my 3yos to follow coming soon.