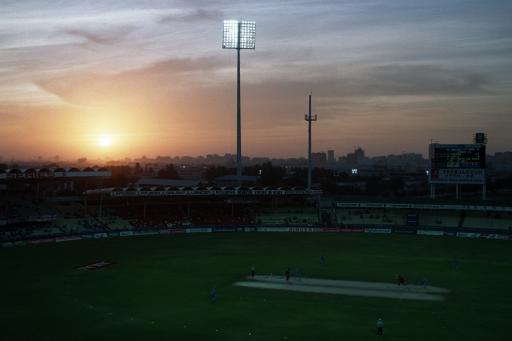 Mark Wood felt England’s seam bowlers were perhaps trying too hard to prove themselves in the absence of James Anderson and Stuart Broad, as West Indies made steady progress on day two of the first Test in Antigua (England 6/4, West Indies 17/10, Draw 23/10 – Match Winner).

England resumed the day on 268-6, but they were only able to add 43 runs to their overnight total, with centurion Jonny Bairstow proving the last wicket to fall, but only after he had contributed an impressive knock of 140.

Captain Kraigg Brathwaite top scored for the Windies, making 55 from 70 balls, while Jason Holder (43no) and Nkrumah Bonner (34no) will return to the crease at the start of day three looking to build on their partnership that currently stands at 75 (Holder 5/6, Bonner 20/21 – Next Man Out).

England will be hoping to take some early wickets on day three at the Sir Vivian Richards Stadium, with paceman Wood, who posted figures of 1-24 on day two, acknowledging the tourist’s bowling attack may have been trying too hard to fill the void left by Anderson and Broad, who were not selected for the tour of the Caribbean.

“As can happen with any bowler, we just didn’t get it right at the start and maybe we tried a bit too hard. With the void of Anderson and Broad, maybe we wanted to try a bit hard and prove we can do it as a group,” Wood told Sky Sports.

“Maybe that was it, but I just don’t think we started well and the way we came back I think showed good character as a group. We fielded well, we had good intensity there, so there were bits of play where I think we did really well.

“It’s obviously going to be talked about, Anderson and Broad, because they are legends, but we just have to admit we didn’t get it right to start with and we’ll be out to get it right next time.”

Craig Overton, Chris Woakes and Ben Stokes picked up England’s other wickets on the day, and Wood has now called for more consistency as the tourists try to ensure they have a lead to build upon during their second innings.

“I just don’t think we were as consistent as we needed to be,” the Durham star told BT Sport. “I think the pitch, although it wasn’t offering loads of assistance, I think our lengths were poor.”

Day three of the first Test will get underway at 14:00 GMT on Thursday afternoon.