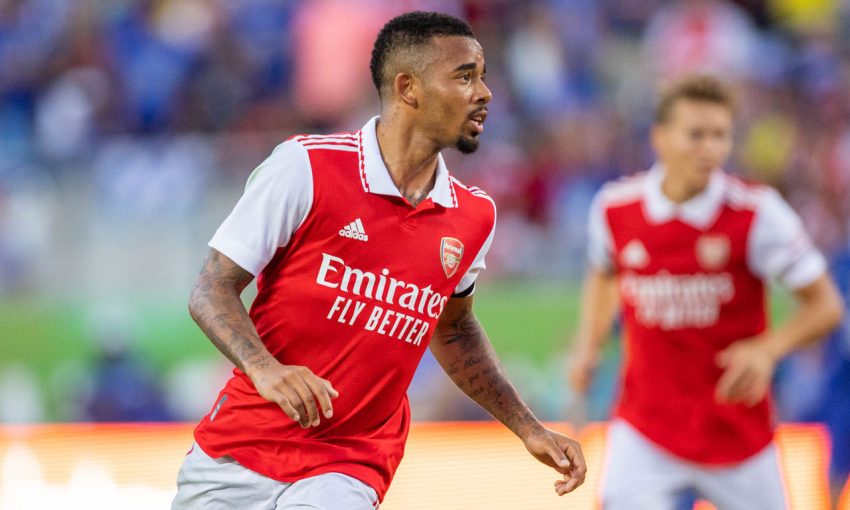 The new Premier League season gets under way at Selhurst Park on Friday night and we have studied the odds to pick out some Crystal Palace v Arsenal betting tips.

Former Gunners legend Patrick Vieira has the chance to get one over on his former team again, with Palace having taken four points off Arsenal last season.

The match kicks off at 8pm and is live on Sky Sports.

Palace looked to have taken a gamble last season when they replaced the experienced Roy Hodgson with the relatively unproven Vieira.

The Frenchman enjoy an impressive debut campaign as a Premier League manager though as he guided the Eagles to a 12th-place finish.

The squad also has a more youthful look to it now and the 1-0 victory over Manchester United was a fitting way to close the campaign which also ended with Palace’s best defensive record in the Premier League.

The defence should be strong once again but the absence of Conor Gallagher, who was on loan from Chelsea last season, has left a hole in midfield that will be hard to fill.

Keeping things tight at the back again will be key to their chances while Gunners new boy Gabriel Jesus may need time to find his feet so we like under 2.5 goals at 10/11 as the first of our Crystal Palace v Arsenal betting tips.

Travel woes an issue for Gunners

Arsenal missed out on a Champions League place last season after a late collapse but their slow start also proved costly, having lost their opening three matches.

Mikel Arteta will be desperate for his team to make a more positive start this time as they seek at least a top-four finish and the recruitment of Jesus from Manchester City looks one of the best signings of the summer.

Consistency could still be an issue for a young squad which suffered nine defeats on their travels last season – as many as top-four rivals Chelsea and Tottenham lost on the road combined.

That makes them hard to back as odds-on favourites at Selhurst Park and a draw looks better value at 13/5 given there have been five draws in the last eight meetings between these teams.

Palace to end on top

Palace had the most home draws of any Premier League team last season which backs up our view that this will be a close encounter.

Selhurst Park will be rocking for the season opener and Arsenal must prove they have the mentality to stay strong if they come under pressure.

They have been leading at half-time in four of their last six meetings with Palace but only once have they gone on to win and even then they conceded an equaliser before striking twice in injury time.

For the last of our Crystal Palace v Arsenal predictions, Arsenal HT/Draw FT looks the way to go at 14/1.