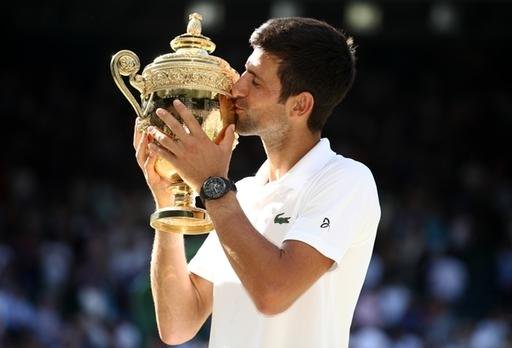 Novak Djokovic (6/4 – to win 2022 US Open) further cemented his place in tennis history with a four-set victory against Nick Kyrgios in Sunday’s Wimbledon final.

The Serb has now won the SW19 competitions for the past four editions and still look as dominant as ever, despite being in the latter stages pf his career now.

It was a typically cool, calm, and collected Djokovic display against the hot-tempered Kyrgios,, who may have just missed his best chance to ever win a Grand Slam title.

Things were looking good for Kyrgios in the early stage and he took the first set 6-4.

However, one of Djokovic’s enduring strengths is to play well when it matters and have the stamina to fight to the very end and that’s exactly what he showed on Sunday.

While Kyrgios was losing his cool and berating members of the crowd he felt were a distraction, Djokovic was racking up the games and won the next two sets by scores of 6-3 and 6-4.

The Australian tried to rally in fourth set and did manage to take the set to a crucial tie break – one that he had to win.

However, the composure and class of Djokovic was there to see and he won the tie-break 7-3 to retain his Wimbledon crown and claim a 21st Grand Slam title.

The Serb has won Wimbledon (5/4 – to win 2023 Wimbledon) seven times with only Roger Federer winning at the All England Club more times (eight).

He is now also one Grand Slam win behind Rafael Nadal in the all-time men’s list and will be seeking to equal that at the US Open later this year.

In comparison to other majors, the US Open has been comparatively not a happy hunting ground for Djokovic, winning at Flushing Meadows only three times in the past.

2018 was the last time he did win the US Open, with the Serb defeating Juan Martin del Potro, though it would be no surprise to see him claim another big title, given he will be hunting down Nadal’s total of 22 Slams.