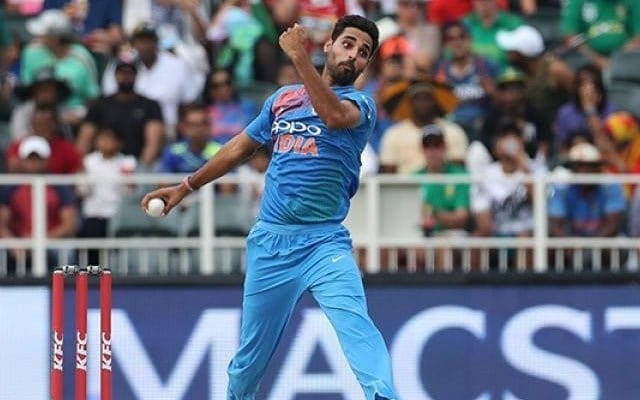 India have overcome their Test disappointment by securing the T20 series with a match to spare after winning the second encounter at Edgbaston as England’s top order continues to misfire (India 8/11, England 21/20 – 3rd T20 Match Betting).

The tourists got off to a flyer after being put into bat with Rohit Sharma (36) and Rishabh Pant (26) clubbing England’s attack to all parts, but debutant Richard Gleeson struck to remove both openers along with Virat Kohli in the space of 10 balls to seemingly turn the tide with India reduced to 61-3.

Gleeson finished with figures of 3-15 from his four overs and it was Chris Jordan who carried on the good work of the Lancashire paceman, dismissing Suryakumar Yadav (15), Hardik Pandya (12), Harshal Patel (13) and Bhuvneshwar Kumar (2) to end with 4-27.

However, England couldn’t get rid of Ravindra Jadeja with the all-rounder steering his side to at least a competitive total of 170-8, after a fine unbeaten knock of 46.

As it turned out, that was more than enough as England soon find themselves behind the eight ball with the loss of early wickets.

There was some resistance from Moeen Ali (35) and David Willey (33 not out) but it was merely a matter of time as wickets were falling at the other end.

Bhuvneshwar Kumar wrapped up the win by clean bowling Gleeson to finish with figures of 3-15, enough to earn him the man-of-the-match award.

The result renders Sunday’s encounter at Trent Bridge as a dead rubber, although far from meaningless as England will look to salvage some pride in the contest, and give Buttler his first win as permanent white-ball captain.

The big-hitting all-rounder had no complaints with the defeat, admitting “we got what we deserved” but revealed that the balance of the side for Sunday’s match is “something we will consider”.