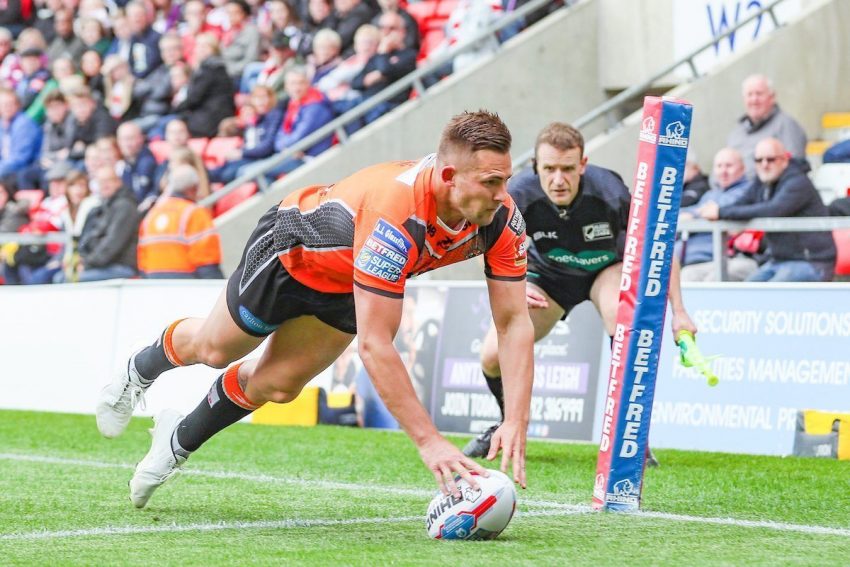 Castleford (20/1 – To win Grand Final) utility back-rower Greg Eden has penned a new contract at the Mend-A-Hose Jungle to extend his stay for another year.

The 31-year-old has been a star for his hometown club during his second spell and has signed a one-year contract extension to cover next season.

There is also the option to extend it by a further year with Eden a mainstay of this Cas side.

He began his career with the Tigers, making his debut for the club in 2011. Spells followed at fellow Super League clubs Huddersfield Giants and Hull KR before a move Down Under to Brisbane Broncos.

After an unsuccessful spell in Australia, Eden moved back to Cas in 2017 and was a major part of Daryl Powell’s side that made it all the way to the Grand Final before losing to Leeds Rhinos.

Deployed on the wing, Eden scored 38 tries that season – only Denny Solomona, also for the Tigers, has ever scored more tries in a single year of Super League.

In total, Eden has scored 101 tries in 98 appearances since rejoining for his second spell.

His versatility has been an important asset for coach Lee Radford, playing at full-back, centre, and even in the halves during their Magic Weekend loss to Leeds Rhinos.

The 31-year-old says he is delighted to get his new deal signed.

“To get it out of the way and done with is really good,” Eden said. “Because I’ve come through the club as a kid, I think I’m getting to that age now where it looks like I’ll probably finish my career here as well.

“I’m going to try and go as long as I can and as long as my body holds up. It would be nice to finish here and that’s one of the main reasons for staying again.”