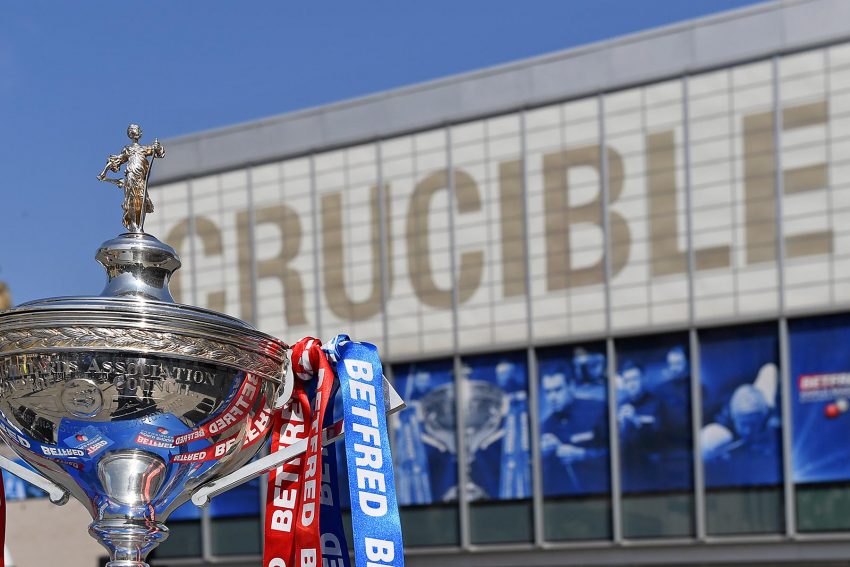 Today – Saturday, April 16th. Day One of the greatest snooker tournament on the planet, and one of the most iconic events in world sport.

Welcome to Sheffield, and the Betfred World Snooker Championship.

We’re pretty much camped out in Sheffield for the next few weeks, and alongside the host broadcasters Eurosport and the BBC, our very own Mark Pearson will be producing lots of fascinating content for Betfred customers and consumers of our Social media.

We’re lucky to have access to all the game’s wonderful characters and stellar talents – and ahead of hostilities commencing, Mark lined up an incredible list of contributors, adding a great deal of colour, humour, and insight.

The Crucible quote in the headline above is courtesy of the 1997 World champion Ken Doherty. He told Mark about growing up idolising fellow Irish stars Alex Higgins and Dennis Taylor. Of beating the great Stephen Hendry in that fabled final.

Can’t chat ‘matters Crucible’ without a few words from The Rocket – and it was a very relaxed Ronnie O’Sullivan that Mark encountered. Looks really comfortable with where he finds himself in life, and spoke very candidly about how that wasn’t neccesarily always the case in the past.

Eddie Hearn stepped away from playing his Dad in a family ‘friendly’ in that famous Crucible arena to chat with Mark, and Conor Benn was firmly in focus. Manchester Arena, Saturday night. Katie Taylor, Canelo Alvarez, AJ – have a look and listen below at what Eddie had to say about them.

Mark Selby opened up about his well-documented struggles with mental health, and how he’s coping. He’s been a great World champion, has bagged four titles in all, and of course would love to win it again.

Don’t want to throw out any more spoilers – for a sports fan this is catnip. They love it all just as much as we do, and here’s the indisputable evidence. Oh, and Barry Hearn regularly takes on his grandaughter at table tennis. Needless to say, it’s ultra-competitive, and Grandad relishes every victory. As Eddie says, they’re that kind of family.