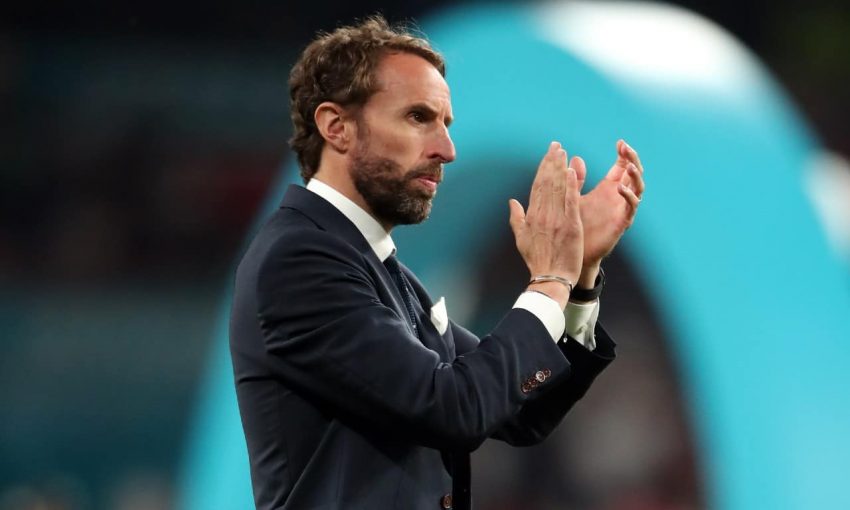 Preview and odds for Tuesday’s friendly

The Three Lions continue their preparations for the 2022 World Cup by taking on Ivory Coast and Gareth Southgate will be hoping to continue the host’s impeccable recent record as we pick out some England v Ivory Coast betting tips.

England are unbeaten in 21 games (in normal time) following Saturday’s 2-1 win over Switzerland and are 4/9 to extend that run, while the Elephants are 13/2 following their last-gasp defeat to France in Marseille on Friday night.

Tuesday night’s match at Wembley kicks off at 7.45pm and is live on Sky Sports, with terrestrial highlights available on ITV1 at 10.45pm.

England are the 13/2 third favourites to lift the World Cup at the back end of the year and the fight for a place in Southgate’s squad is well and truly on.

With few opportunities available to break into the established group that have taken England to the last four of the last World Cup and the final of Euro 2020, those given the opportunity during this window will be keen to stake a claim for a place on the plane to Qatar.

Other than their penalty heartbreak against Italy last summer, the Three Lions last suffered defeat in November 2020, with their unbeaten record at Wembley stretching back 14 games.

Southgate has built a winning machine in his time in office at St George’s Park and Saturday’s victory over a tricky and underrated Switzerland, with a somewhat changed team, was testament to the professional winning mentality of the current England team.

Having fallen behind to a Breel Embolo header, Luke Shaw hammered home the equaliser just before half-time. A change in formation for the second half combined with shrewd changes from the England gaffer reaped their rewards when England forced a dubious late penalty, which Harry Kane converted from the spot.

Kane’s strike from the spot now takes him level with Sir Bobby Charlton in second on the list of all-time England goalscorers and just four behind Wayne Rooney.

The England skipper is reportedly desperate to play against the Africans and is 5/2 to break the deadlock if Southgate obliges his captain’s wishes. It is 5/6 for Kane to strike for the fourth England game in a row at any time, while a brace for the Spurs striker is 4/1 in England v Ivory Coast betting tips. The Elephants get to stride out on to the hallowed Wembley turf for the first time and will be looking to end this international window with a few positives following their defeat in the south of France on Friday evening.

In their first game since being dumped out of the Africa Cup of Nations on penalties in the second round, Ivory Coast took the lead against the reigning world champions thanks to Arsenal’s Nicolas Pepe. However, despite acquitting themselves well, Les Bleus quickly hit back through Olivier Giroud, before notching a winner in second-half stoppage time to complete the victory.

Having failed to qualify for Qatar, there is little riding on this for the visitors, although they will be desperate not to disgrace themselves on their first visit to England’s national stadium.

There is also plenty of Premier League interest in the Ivory Coast squad with Burnley’s Maxwell Cornet and Pepe, as well as Crystal Palace’s Wilfried Zaha amongst the Elephants’ forward men, while Willy Boly and Eric Bailly formed an all-Premier League centre-back pairing in the defeat to France.

Zaha is one player in the Ivory Coast squad familiar with Wembley having represented England at under-19 and under-21 level, as well as winning two senior caps under Roy Hodgson, before switching his allegiance to the Elephants.

The Palace front man is 4/1 to add to his five Ivory Coast goals at any time, although the visitors’ most likely outlet in front of goal could be Ajax’s Sebastien Haller, who is chalked up at 8/1 to notch the first goal of the game and 3/1 to strike at any time in England v Ivory coast betting tips.

Make sure you stay for the celebrations 🕺 pic.twitter.com/t1WCGLeJpk

This is the first time these two nations have clashed, so instead of assessing the head-to-head record, we will pick out a few key trends that could result in some winning selections in England v Ivory Coast betting tips.

England were one of the highest scoring teams in World Cup qualifying and with plenty of attacking talent queuing up for their chance to book a plane ticket to Qatar, there could be some goal-hungry forward men on the pitch on Tuesday evening.

England have scored at least two in nine of their last 12 and it is 4/7 for the hosts to enhance that record in England v Ivory Coast betting tips, while over 2.5 for the match can be backed at 5/6.

In that same 12-match period England have kept a clean sheet in seven of those games and are 10/11 to keep things tight at the back once again. That brings a win to nil into the equation for the Three Lions, which can be backed at 6/5.

However, the Ivory Coast have enough attacking prowess to find the scoresheet themselves and have drawn a blank just once in their last five. If they do find the net at Wembley, both teams to score at 21/20 and BTTS with an England win at 12/5 are both viable options in England v Ivory Coast betting tips.