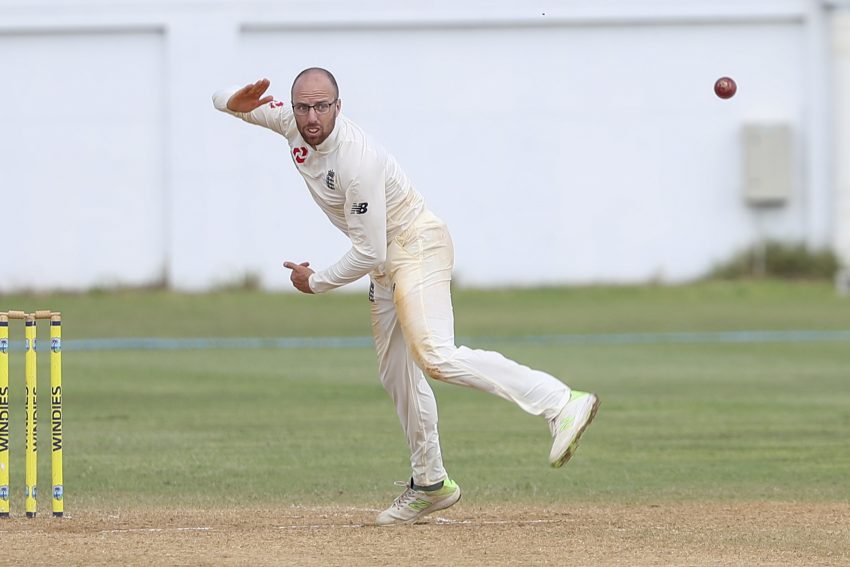 Jack leach admitted it as a “great day” as his second innings figures of 5-66 and some fine batting from his colleagues left England needing 113 on Monday to sweep their test series with New Zealand 3-0.

The hosts reached the close on Sunday at 183-2 following another pulsating day of cricket in LS6.

Having lost four wickets for 36 runs before rain brought a premature end to play on Saturday, the Kiwis resumed in Leeds on 168-5, a lead of 137 runs, and came out strongly.

Daryl Mitchell survived an lbw appeal on 17, while Tom Blundell moved past the record for the most runs by a Kiwi wicketkeeper in a series.

Ben Stokes did his best to mix things up in the attack before lunch, even bringing Joe Root on, but the hosts couldn’t find the breakthrough as New Zealand reached the interval on 254-5.

England started to make inroads after the resumption with Mitchell falling to Matthew Potts for 56 to end his and Blundell’s sixth-wicket stand of 156.

The next man in, Michael Bracewell, could only add nine before being caught by Zak Crawley at deep square leg off the bowling of Leach.

That wicket galvanised the spinner as he went on to collect New Zealand’s last three batsmen to secure a second fifer of the Test just before Tea, giving him match figures of 10-166.

With the Kiwis all out for 326, England knew they required 296 to win but started their chase poorly, with Alex Lees run out for nine after brilliant play by both Kane Williamson and Trent Boult.

Fellow opener Crawley then followed his partner into the pavilion for 25, again playing some stylish shots but failing to make real progress before being caught by Williamson off the bowling of Bracewell to leave England 51-2.

Much to the delight of the Headingley crowd, Joe Root (11/10 to Score 100) then survived a couple of appeals but he and Ollie Pope started to put a handy partnership together, the latter reaching 50 from 66 balls. Mitchell dropped the former on 38 and he eventually made the close on 55, 26 adrift of his third-wicket partner.

After a tough start, the fourth day undoubtedly belonged to England, with the Kiwi bowlers showing their frustration, Neil Wagner the most demonstrative as he kicked the turf following a fine shot down the ground by Pope (1/2 to Score 100).

England need 113 on Monday to win the series 3-0 and signal what they hope will be the continuation of a remarkable turnaround under new coach Brendon McCullum.

Leach’s performance will have particularly pleased McCullum after again facing questions about his place in the side.

The 31-year-old, who was of course the man at the other end when Stokes guided England to their famous win in the third Ashes Test at Headingley in 2019, admitted it was another fine day for both him and his team in Leeds as they continue to commit to their new attack approach (Match Winner – England 1/22, Draw 20/1, New Zealand 25/1).

“Great day for the boys,” said Leach. “The way we batted there was unbelievable and great day.

“It was very special here at Headingley, I had good memories from 2019 and first game back here and I enjoyed it.

“I want to be contributing to wins so I am really enjoying working with Stokesy. It is really attacking and I am enjoying bowling like that as well.

“Stokesy’s confidence in his decisions and in us 11 is like nothing I have ever experienced before.”