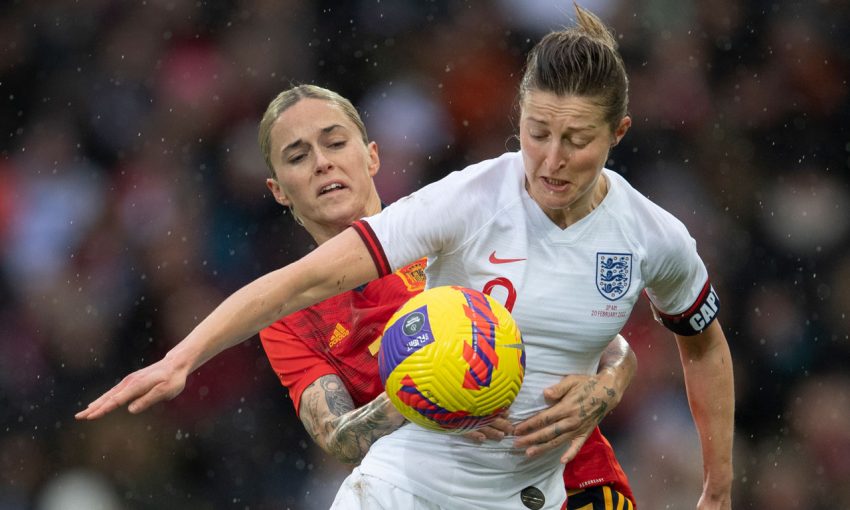 We have reached the knockout stage of the UEFA Women’s Euro 2022 and a place in the semi-finals is up for grabs as we pick out some England Women v Spain Women betting tips.

The hosts are now favourites in the outright betting after cruising through the group stage in impressive style but this will be their toughest test so far.

Wednesday’s match at Brighton’s Amex Stadium kicks off at 8pm and is live on the BBC.

England brushed aside Northern Ireland 5-0 in Friday’s final Group A game in Southampton and reached the knockout stages without conceding a goal while scoring 14 at the other end.

It is easy to see why they are now the favourites to win the tournament, especially given their 8-0 demolition of Norway, and they are evens to win in 90 minutes here which is the first of our England Women v Spain Women betting tips.

England’s impressive performance against Northern Ireland occurred despite the absence of head coach Sarina Wiegman, who remained at the team hotel after testing positive for Covid-19.

She could yet remain absent for the quarter-final but the schedule has done England a favour given they have had an extra day to prepare compared to their opponents.

Spain secured their place in the last eight on Saturday when Marta Cardona headed a last-gasp winner to earn a 1-0 victory over Denmark, although a draw would have been enough.

Spain dominated possession but lacked creativity up front, which is perhaps understandable having lost Ballon d’Or winner Alexia Putellas to injury on the eve of the tournament while Jenni Hermoso is also absent.

A 2-0 defeat against Germany in their second game meant they had to settle for runners-up spot in their group and they are now 11/8 to knock England out and 5/2 to win in normal time.

England must beat the press

England will have the home support behind them in Brighton but Spain will hope to keep them quiet as they did when the teams met in a friendly at Carrow Road five months ago.

On that occasion the match ended goalless, although Wiegman made eight changes to the team that had played Canada a few days earlier.

As they did against Denmark, Spain dominated possession that day and boss Jorge Vilda is confident his team will be up for the challenge of taking on the hosts.

“I think the quarter-final against England could be the toughest game in the Euros given the level England are playing at,” he said.

“They are the host nation and they have the fans behind them, but that motivates us, we are a team that likes a challenge.”

Denmark head coach Lars Sondergaard expects the match to be a close affair but believes the hosts can learn from his side’s showing.

“If England can play past this high pressing, the pressing after you lose the ball, they have a good chance,” Sondergaard said.

Under 2.5 goals is an option for England Women v Spain Women betting tips at 4/6, while a goalless first half is 29/20. England are 9/4 for yet another win to nil.

England may have drawn a blank in their last meeting with Spain but have plenty of attacking options to try and break them down this time.

Beth Mead leads the Women’s Euro 2022 scoring charts with five goals and 23/10 for her to add to her tally looks good value for England Women v Spain Women betting tips, while she is 11/2 to open the scoring. England’s record scorer Ellen White and Alessia Russo are 9/2 joint-favourites in the first goalscorer odds, with Russo on three goals for the tournament so far and White on two.

Russo has started all three games on the bench though so may be better at the same price to score the last goal of the match or 14/5 to score in an England win.