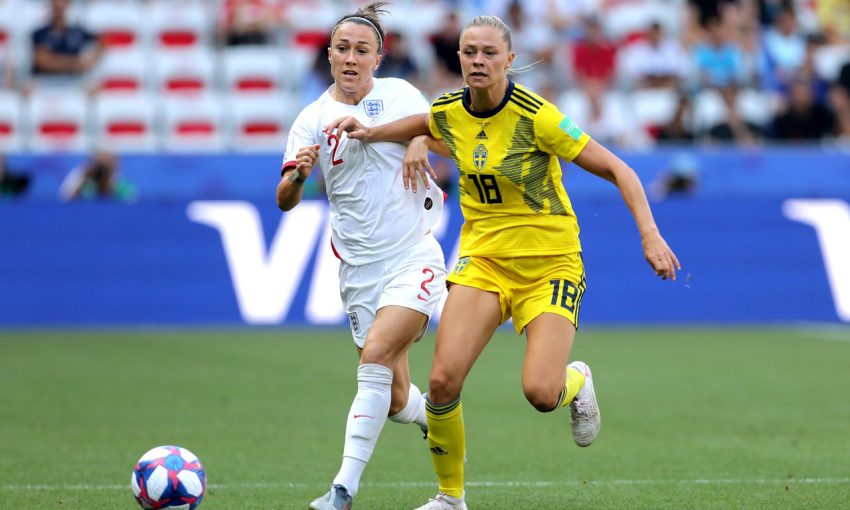 The hosts face the tournament’s top-ranked team in the first semi-final of UEFA Women’s Euro 2022 and we have studied the odds to pick out some England Women v Sweden Women betting tips.

Both teams made hard work of reaching the last four, with England needing extra time to get past Spain while Sweden grabbed a last-gasp winner against Belgium.

Attention now switches to Bramall Lane in Sheffield for Tuesday’s match which kicks off at 8pm and is live on the BBC.

England remain unbeaten since Sarina Wiegman was appointed as head coach in September 2021 – but they were given a serious scare by Spain in the quarter-finals.

Georgia Stanway then sparked delirium among the crowd in Brighton by firing a stunner past Sandra Panos six minutes into extra time as England secured a place in a fourth successive major tournament semi-final.

After scoring 14 goals without reply across three group-stage victories, England showed impressive fight to emerge victorious against tough opponents and are clear favourites at 4/11 to reach the final.

They are 3/4 to win in 90 minutes but at 7/4 we prefer an England win and over 2.5 total goals for our England Women v Sweden Women betting tips.

Speed the key for hosts

Sweden were expected to ease past Belgium in the quarter-finals but struggled to turn their dominance into goals.

Stina Blackstenius was denied a goal by VAR midway through the first half and Sweden were made to wait until the dying seconds to see off the valiant underdogs at Leigh Sports Village.

Wave after wave of Sweden attacks in the second period had brought no joy to that point, with goalkeeper Nicky Evrard proving to be their nemesis.

But heartbreak for the Red Flames came in the second minute of stoppage time when Linda Sembrant smashed home with Sweden’s 33rd attempt of the game to secure a ninth Euros semi-final.

The moment that sent Sweden to the #WEuro2022 semi-finals 🤩✨

They are certainly not short of experience of big occasions and finished top of their group after a 1-1 draw against the Netherlands was followed by victories over Switzerland (2-1) and Portugal (5-0).

Sweden won 2-1 in the most recent meeting with England, which was a third-place play-off at the 2019 World Cup. There is a sense that England have improved under Wiegman though and with home advantage they are hard to oppose.

Sweden boss Peter Gerhardsson said: “We are going to have a plan, I don’t know what we will make up, but I can assure you we will have a plan, and it will be an extremely good plan.

“We have England next and there is not much we can take from this into that because it will be a totally different game but defensively we did not concede much over 90 minutes.

“England as a team we know more about and in that sense a better opponent to face (than Spain).

“We have seen all of England’s games and they consist of a lot of speed, really skilful players in midfield. It’s going to be an interesting challenge.”

That speed could cause problems late on for an ageing Sweden team who looked to be tiring against Belgium despite dominating possession.

This will be a more physical test and England to win after a drawn first half appeals at 16/5 for our England Women v Sweden Women betting tips.

Much has been made of England’s “ruthlessness”, with defender Millie Bright the latest to cite that trait after the win over Spain.

Wiegman’s side are among the best in the tournament at converting their attacks into shots on goal, credited by UEFA’s official statistics with 185 attacks and 78 total attempts.

That 42.2 per cent rate ranks behind only Austria while England have scored 16 goals – over 20 per cent of all their shots, or 19.2 per cent once Northern Ireland defender Kelsie Burrows’ own goal is excluded. England’s two goals against Spain also took their tally to 100 in 18 games under Wiegman – 16 wins and two draws, with only four goals conceded.

Beth Mead has scored 19 goals, including five in the current tournament as she leads the Golden Boot standings.

Ellen White has netted 13 to move within one of Wayne Rooney’s all-time England senior record of 53, while Ella Toone’s equaliser against Spain was her 11th goal of Wiegman’s reign.

Eighteen England players have scored under Wiegman while they have also benefited from five opposition own goals so the attacking options are plentiful.

The Lionesses to win by more than one goal at 2/1 is worth considering for England Women v Sweden Women betting tips, while a 3-1 victory at 12/1 completes our predictions.