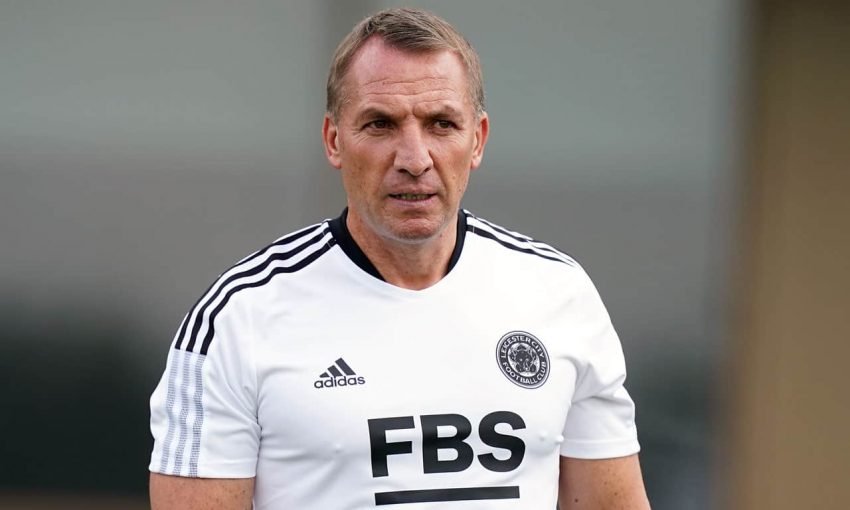 Preview and odds for Thursday’s games

European nights are back and we have Europa Conference League betting tips for the pick of Thursday’s action in UEFA’s newest competition which has reached the last 16.

Leicester are the sole British interest but some of Europe’s biggest names are also looking to get their hands on the trophy, including Roma, PSV and Marseille.

We have already sought out some Champions League betting tips this week and now we preview a trio of games starting with the Foxes’ home fixture with Rennes.

A matchday six loss away to Napoli saw the Foxes dumped out of the Europa League before Christmas but at least they have the consolation of this competition and following their play-off round success over Randers, they are the joint-favourites in our Europa Conference League winner odds to land their first European trophy.

Brendan Rodgers said he didn’t know what this competition was in the aftermath of their defeat to Napoli but the Leicester boss is sure to give it much more respect now having been eliminated from the FA Cup and also struggling to maintain a top-half position in the Premier League.

Rodgers will see this as a great opportunity to extend the Foxes’ winning run to four following their 1-0 win over Leeds at the weekend and they are 11/10 to win the match in Europa Conference League betting tips.

However, they face opponents enjoying a fine season domestically and who have already beaten Tottenham on their travels in this competition. Rennes can be backed at 11/5 and that could look a touch of value. The French club are sitting pretty in fourth in Ligue 1 as they hunt down a Champions League spot for next season and arrive unbeaten in three. They have scored four in two of their last three games and goals look on the cards here. Both teams to score is 1/2 in Europa Conference League betting tips, while over 3.5 goals is a tempting 6/4.

Leicester will be hoping to continue the momentum they have built up of late, although Rennes might make it hard for them to keep a third consecutive clean sheet at 12/5.

James Maddison hit a brace against Randers in the last round and is 13/2 to break the deadlock and 9/4 to bag a goal at anytime, while Rennes’ Gaetan Laborde has scored five in this competition already and is 15/8 to find the scoresheet at the King Power Stadium.

Roma return to the competition having topped Group C before Christmas and Jose Mourinho will be looking to build on his fine record in European club competitions in his first season with the Giallorossi. The visitors are 20/23 to take a lead back to Rome in our Europa Conference League betting tips.

A quick start in their play-off second leg saw Vitesse score twice within the opening 20 minutes, and helped them to a 3-2 aggregate win over Rapid Vienna.

However, a tougher test surely awaits here against one of the favourites for the competition with the Dutchmen winning just one of their previous six European matches against Italian teams.

They can be backed at 27/20 for the win, but the fact they have lost just once at home in this competition brings a draw into the equation at 5/2. Roma have scored first in five of their last seven away games and are 4/6 to open the scoring, while their four away games in this competition have averaged 4.5 goals and an entertaining game could be on the cards. Four or more goals is 33/20, while BTTS and over 3.5 can be backed at 19/10.

Vitesse have scored early in three of their four home wins in this competition and they can be found at 7/1 to be winning after 15 minutes and are 3/1 to take the first 45 in Europa Conference League betting tips.

PSV are one of four Dutch sides in the hunt for the Europa Conference League trophy but are the shortest in the outright market at 9/1.

Roger Schmidt’s side didn’t find things easy against Maccabi Tel-Aviv in the play-off round but had enough quality to come out on top 2-1 on aggregate and are 1/2 to get the better of their Danish opponents at the Philips Stadion.

Copenhagen topped Group F in style before Christmas, winning five of their six games and scoring 15 goals in the process. However, Jonas Wind was responsible for five of them and they will have to find a way to replace his goals following his mid-winter switch to Wolfsburg.

Copenhagen are 11/2 to take a lead back to the Danish capital and could be underestimated in Europa Conference League betting tips, while it wouldn’t be a surprise if they kept things tight to bring the draw into play at 3/1.

The visitors are unbeaten in competitive action since October and have won three games in a row to nil since the Danish Superliga restarted late last month. Another clean sheet is 5/1, while they are 10/1 to continue the trend of winning without conceding.

Cody Gakpo is one of the continent’s brightest young talents and he could be key to PSV breaking down their organised opponents. He is 9/2 to break the deadlock in Europa Conference League betting tips or 9/5 to strike at anytime.