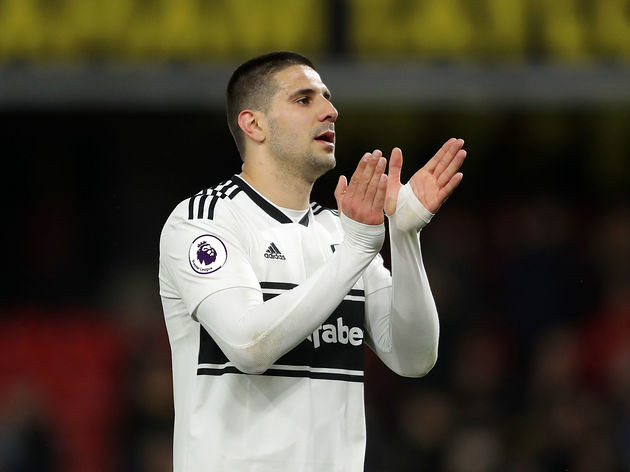 Fulham will look to extend their advantage at the top of the Championship table when they make the trip to the Hawthorns on Tuesday evening to take on top-six chasing West Bromwich Albion (Match Betting – West Brom 11/4, Draw 5/2, Fulham 21/20), while there are also four other games taking place.

The Cottagers have built up a 12-point lead from second-placed Bournemouth, who do have two games in hand on the table-toppers and are at home to Reading this evening, and promotion back to the Premier League only looks like a matter of time.

Marco Silva’s men have been particularly impressive in attack, scoring an impressive 90 goals already to leave them just nine strikes behind Reading’s all-time record of 99 goals in a single Championship campaign.

That record will surely be broken this term, but one record that has already been surpassed is the goals scored by a player in one Championship season, which Serbia international Aleksandar Mitrovic continues to add to.

The former Newcastle United striker has netted 35 times to date and he can be backed at 10/11 to score anytime on Tuesday, while it is 5/2 for him to score the first or last goal of the encounter.

Fulham are on a five-game unbeaten run heading into the contest but they will need to be wary of a West Brom that have taken four points from their last two matches and are just starting to find their feet under Steve Bruce.

The Baggies are seven points adrift of the playoffs, so a top-six finish at 6/1 is not out of the question, but they will need to snap a four-game winless streak at home if they are going to collect all three points this evening.

Elsewhere, promotion-chasing Middlesbrough travel to 19th-placed Birmingham City, who are 16 points clear of the relegation zone and appear on course for another season in the Championship.

Boro are eighth in the standings, a point off the top six, and they can be backed at 11/10 to come away from St. Andrew’s with the spoils, while the draw is priced at 12/5 and hosts are 11/4 to triumph.

Over at Ewood Park, fifth-placed Blackburn Rovers play host to 23rd-placed Derby County, who are five points from safety, and the home side are 5/6 favourites to chalk up another victory, while the draw is 23/10 and the Rams are 4/1 to win.

There is also another crucial battle at Oakwell as Barnsley, 22nd in the table and four points from survival, take on Bristol City (Barnsley 11/8, Draw 23/10, Bristol City 11/5 – Match Betting).