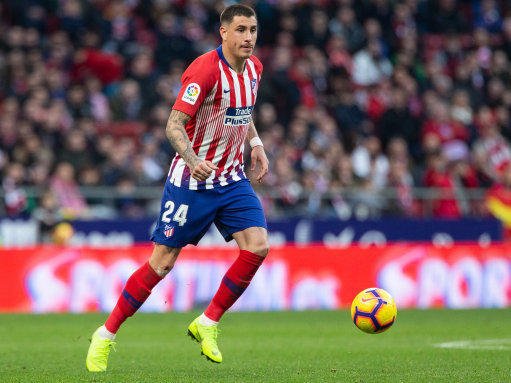 Atletico Madrid defender Jose Maria Gimenez says his side still have work to do and will do all they can to overcome rivals Real Madrid as they try to secure Champions League football for next season (Atletico 21/20, Draw 5/2, Real 13/5 – Match Betting).

Real have already been crowned La Liga champions, with Atletico putting up a tame defence of their crown this season under Diego Simeone.

Carlo Ancelotti’s side will hope to extend their advantage at the top and dent Atletico’s top-four hopes, with Simeone’s side fourth, just three points ahead of Real Betis.

Los Colchoneros do have a game in hand over Betis, but they have won just one of their previous six matches in all competitions.

Real Madrid’s squad will still be on a high after their extra-time win over Manchester City in the Champions League semi-finals on Wednesday, but Gimenez (16/1 to score anytime) hopes his side can pounce at the right time.

He told the Daily Mirror: “I’d like to say that a derby is not just another match. We always want to win every match, but this is a special match. It’s a derby, it represents a lot for our fans, and the reality is it’s wonderful if you win.

“The motivation is ours. We motivate ourselves. We put on the shirt, we’ve got our fans out there, and we want to go out and achieve our objectives, whatever the match.

“Of course, it’s a special match because it’s a derby, but our objective is the same, always. We’re not worried about the fact they’ve already won the league; what we’re worried about is our objective, which is to qualify for the Champions League.

“I think we have to get the boost from our fans, try to defend all the different parts of the game and try to get as much ball possession as we can.

“Each time we get the ball, I think we have to play like it’s the last opportunity, the last ball ever.”