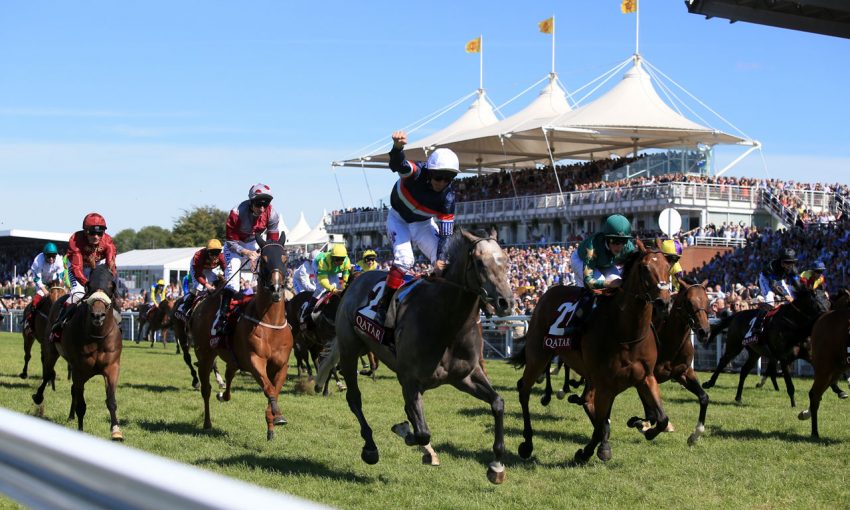 The Qatar Goodwood Festival, also known as Glorious Goodwood, takes place at the end of July.

The five-day meeting is one of the highlights of the British flat racing calendar, with a total of 36 races scheduled including the Goodwood Cup – where Stradivarius is going for a fifth win – and the wide-open Stewards’ Cup.

Ahead of this year’s meeting, we look at some Glorious Goodwood trends to help punters with their betting.

What races are on each day?

There are a minimum of seven races per day at Goodwood, with the action starting from 1.40pm to 1.50pm and continuing until between 5 and 6pm.

There is a classic race scheduled on each of the first three days, starting with the Goodwood Cup on Tuesday July 26, followed by the Sussex Stakes on Wednesday and the Nassau Stakes on Thursday. All three are part of the British Champions Series. The King George Stakes is the highlight of the Friday action, while the meeting finishes on Saturday with the eagerly-anticipated Stewards’ Cup – a handicap race that is always fiercely contested.

How does the favourite perform at Glorious Goodwood?

Ahead of Glorious Goodwood 2022, we have looked at 10 years’ worth of results in the event’s most prestigious races.

Backing the favourite has generally paid off in the Goodwood Cup and the Sussex Stakes, with the shortest-priced horse winning six and five of the past 10 races respectively.

The previous four Goodwood Cups have all been won by the favourite, with Stradivarius winning at less than evens in 2018, 2019 and 2020, before Hollie Doyle crossed the line first aboard Trueshan at 6/5 in 2021.

The Nassau Stakes and Stewards’ Cup have been far harder to predict, with only three of the most-fancied horses going on to win the race.

Last year, joint-favourites Joan Of Arc and Audarya finished third and fifth in the Nassau Stakes, while Irish-bred Ejtilaab pulled up in the Stewards’ Cup. Even if the favourite doesn’t win, recent history suggests that one of its more fancied rivals will emerge victorious.

None of the past 10 Goodwood Cup winners have been priced at more than 13/2, while all but three winners of the Sussex Stakes and the Nassau Stakes were backed at less than 10/1. As a handicap race with a field of around 25 horses, the Stewards’ Cup has proved the most open of the four marquee races.

Italian-bred Lancelot Du Lac – ridden by Frankie Dettori and trained by Dean Ivory – was the longest-priced winner of the previous 10 races, coming in at 25/1 in 2017.

Who does well at Glorious Goodwood?

Stradivarius and Big Orange are the only racehorses with multiple victories in Goodwood’s premier races across the past decade.

The race has since been dominated by top-class stayer Stradivarius, who managed four straight wins between 2017 and 2020 and is going for an unprecedented fifth in 2022.

Trained by John Gosden – who has also cheered multiple winners in the Sussex Stakes and the Nassau Stakes – Stradivarius rode to victory with Andrea Atzeni on board in 2017 and 2018, before Frankie Dettori took over in 2019 and 2020. Since 2012, Dettori is the only jockey to have ridden multiple winners in Goodwood’s final-day showpiece – the Stewards’ Cup – with victories aboard Irish-bred Magical Memory and Italian Lancelot Du Lac to his name.

Magical Memory was trained by Charles Hills, who had another more recent winner in Khaadem in 2019. On that occasion he relied on Jim Crowley to guide his racehorse to victory, with Crowley also recording two wins in the Sussex Stakes in the past 10 years.

After Dettori – who has five wins and 11 further top fives in Goodwood’s four main races – Ryan Moore has been the meeting’s leading jockey in the previous decade, with four wins and 12 other top fives. Three of those victories have come in the Nassau Stakes, making him the race’s most successful rider alongside William Buick.

Back youth over experience

Analysing Glorious Goodwood trends shows us that younger horses tend to do well, with 32 out of 40 winners in the premier races since 2012 aged between three and five years old. The Nassau Stakes has especially favoured youth; seven of the past 10 races have been won by three-year-olds.

At eight years of age, Stradivarius has his work cut out if he is to add to his four victories in the Goodwood Cup. British thoroughbred Cavalryman is the only racehorse to win one of the four big ones since 2012, following his victory at 5/1 in the 2014 Goodwood Cup.