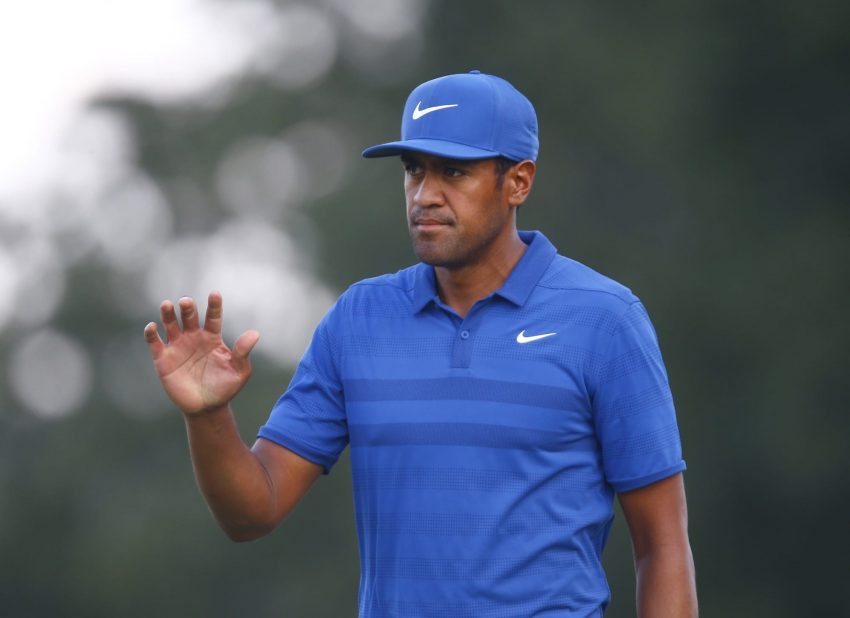 Tony Finau (10/3 Fav – Outright Winner) says it was “nice to keep things going” from last week’s 3M Open victory as he moved into a share of the lead on the opening day of the Rocket Mortgage Classic.

Fresh from landing his third PGA Tour title at TPC Twin Cities on Sunday, the world number 16 made eight birdies in a bogey-free round at Detroit Golf Club to move alongside Canadian Taylor Pendrith at the summit on -8.

The 32-year-old hit every green in regulation on Thursday – the first time in 728 PGA TOUR stroke-play rounds he has done this – and he was pleased with how things went over the opening 18 holes.

“The ball-striking was nice today,” Finau said, as quoted by Sky Sports “I guess I hit every green, which I wasn’t aware of until after my round. First time in my career, so that was nice. I had a look at every single hole for birdie and was able to pop a few in.”

Sitting next to Finau at the top of the standings is world number 237 Pendrith, who is leading a tournament for the first time on the PGA TOUR after the opening round and is 8/1 to land his first title on the US circuit.

One of the big highlights on Thursday came at the par-three 11th hole when Mark Hubbard, who would end up signing for a four-under-par 68, hit his tee shot before turning away in disgust at his effort, saying “that’s embarrassing” when the ball was in the air.

However, the ball would proceed to land on the front of the green and roll toward the cup before going around it and dropping in for an ace. Hubbard said “that’s probably going to end up being one of my favourite hole-in-ones”.