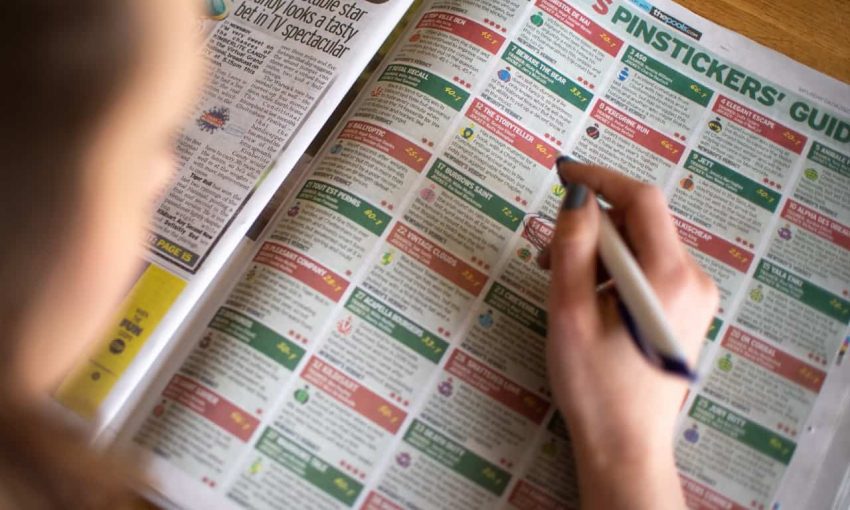 A guide to all of the horses in the Grand National

Forty runners and riders will head to post for the world’s most famous steeplechase and with all eyes on Aintree we have decided to give you a steer towards the horses taking part in the feature race in our Grand National pinstickers’ guide.

As well as providing you with the Grand National odds for every horse, we have also assigned each a star rating out of 10 as well as a few nuggets of information to bear in mind when making your Grand National picks.

If you’d rather not trawl through the statistics for all 40 potential winners, then why not check out our Grand National tips where we have analysed the claims of some of the leading contenders to be first past the post.

Created history in the hands of Rachael Blackmore 12 months ago, but faces a mammoth task to follow in the footsteps of Tiger Roll and win back-to-back Grand Nationals. Has looked a shadow of his former self this term and is set to shoulder the burden of top weight

The lowest priced of Gordon Elliott’s battalion of Grand National runners and, having ruined Tiger Roll’s retirement party at the Cheltenham Festival, looks to have a fine chance. He has plenty of class and ticks lots of boxes.

This former Cheltenham Festival winner has looked a shadow of his former self since switching to Jonjo O’Neill and has pulled up in his last three outings. It is hard to see him getting in the mix on current form.

Last year’s third was perhaps an unlucky loser 12 months ago when having his progress severely hampered by a faller at the 12th fence. He stayed on gamely to make the podium and heads to Aintree with leading claims following a fine victory in the Bobbyjo Chase at Fairyhouse last time.

He has finished in the top two in each of his last seven appearances and this consistent performer has to be on the radar. The Troytown chase winner has finished second in an Irish Grand National in the past and has also held his own in Graded company recently.

Once upon a time he was a Grade One winner and placing in a Cheltenham Gold Cup, but he has been a shadow of his former self in recent seasons. Although showing glimpses of his old quality at Ascot earlier this season, he has disappointed since and has plenty of question marks against his name. It is always difficult to rule out a runner from Willie Mullins’ powerhouse stable, but the yard look to have better chances elsewhere and his price suggests he is some way down the pecking order.

Another from Closutton who will run in the same distinguishable colours as Brahma Bull. The nine-year-old looked the winner two out last year before the petrol tank ran empty, but having shown a real liking for the fences could be thereabouts in the closing stages once again.

One of the four mares in the race attempting to end a 70-year wait for the fairer sex to win the Grand National and the trip will likely suit this former Cheltenham Festival winner. However, she has a clear preference for racing right-handed and watching her jump the sharp left-hand Canal Turn might not be for the faint hearted.

The eight-year-old looks to become trainer Martin Brassil’s second Grand National winner and follow in the footsteps of Numbersixvalverde, who triumphed in 2006. A good winner of the Thyestes Chase in January, he has the right profile for the race and has to be respected despite being maybe a little high in the handicap.

This has been the plan ever since finishing an unlucky second in the Ladbrokes Trophy earlier in the season and he could be a good deal better than a 155-rated performer. Victory would be a fitting end to the training career of Colin Tizzard and there is plenty of optimism from our Coral ambassadors regarding his chances.

This enigmatic nine-year-old has enjoyed a fine campaign, winning twice and giving Fakir D’Oudairies a real race in the Grade One Ascot Chase. However, he didn’t take to the fences in the Topham last year and he hasn’t screamed like he was in need of this real stamina test.

He has placed three times at the Cheltenham Festival, including in the Gold Cup, but he seems to be at the latter end of his career now and it has been a long time since he has got his head in front. Similar to Santini, Samcro once had the world at his feet, but this dual Cheltenham Festival winner isn’t the most trustworthy of options. Although having the ability to pull a rabbit out of the hat, victory here looks unlikely.

Not seen since finishing second to Run Wild Fred in the Troytown, a return to Aintree has always been on the cards since finishing a gallant fifth in the Grand National in 2021. He is 6lb higher this time, but an extra year’s experience could work wonders.

Another of the Elliott contingent with a real chance of giving the Cullentra House handler a record-equalling fourth Grand National victory. Third in a quality renewal of the National Hunt Chase in 2021, stamina appears to be his forte and he is a solid jumper. He lost little in defeat in the Bobbyjo Chase last time and looks to be primed to strike on the big occasion.

A winner of two key staying handicap chases this term and represents a yard that have won this race twice in the past. He is the choice of the owners’ retained rider, but there is a fear he may have already done his winning for the season.

A mud-loving dour stayer but he has failed to complete on both attempts over the Grand National fences and he may need a deluge to turn the ground in his favour.

Would have looked a real contender 12 months ago, but has not been in anywhere near the same form this term and although fairly certain of staying the trip, there are others from Elliott’s stable with more enticing claims.

Gets to run off the same mark as when winning the Ladbrokes Trophy in 2019 and is a classy operator when on top form. Has had injury troubles of late, but shaped nicely at Newbury and would have a chance if the bounce factor doesn’t rear its head. Nicky Henderson has never won the Grand National and it is unlikely this lad will change that record. He was pulled up when sent off favourite for the Topham over these fences last year and is one of the lesser fancied runners in the race.

An interesting contender on her first start for last year’s winning trainer Henry de Bromhead. She was last seen finishing second to Cheltenham Festival winner Elimay and has won a Porterstown Chase over 3m5f in the past which suggests she won’t lack for stamina.

Shaped with some encouragement when returning from over 400 days off the track at Newbury last month and is 2lb lower than when beaten a neck in the Ultima at the Cheltenham Festival in 2020. However, this looks a big ask and he could be one to run well without overly threatening.

Not disgraced when seventh last year and enters this year’s race off a 1lb lower mark and with a much smoother preparation. Don’t be surprised to see him improve on last year’s effort.

Philip Kirby’s stable star was running a fine race over these fences in the Becher Chase in December before making a horrific error at the 12th and falling. He has since finished in the top three in a trio of hot contests and although prone to a bad blunder, could be criminally underrated in the Grand National odds.

Third in the Irish Grand National last season, this has been the plan ever since and the biggest advertisement of his Grand National claims is JP McManus opening his chequebook to purchase the eight-year-old ahead of this year’s race. He was third in the race that set Minella Times on the path to National victory at Leopardstown at Christmas and is definitely one to consider.

Ageing legs could finally be catching up with Tony Martin’s 12-year-old who is making his fourth appearance in the race. He competes off a potentially lenient rating and has finished fourth and fifth in the race in the past, but may be vulnerable to some improving youngsters. Narrowly beaten when favourite in last year’s Scottish Grand National and has been raced sparingly this term. One guaranteed to stay, but may lack the class of some and a place may be his best hope.

A shock winner of the Irish Grand National last season, he has all the attributes to be in the mix at Aintree and could be the forgotten horse in the Grand National odds. His forward-going style will be suited to the race and the better the ground the better his chance.

Last home of the finishers 12 months ago and could be amongst the stragglers once again this year.

This has likely been the aim for some time and bits and pieces of his form offer hope. However, plenty will have to be taken on trust for him to be a real player and he may have to settle for a supporting role.

A winner of both the Edinburgh and Scottish Grand Nationals last season while also finishing second in the Midlands Grand National, the nine-year-old is one sure to see out the 4m2f distance. However, he has plenty to prove following some disappointing efforts this term.

Pulled up when sent off favourite for the Grand National last season, he has done little this season to suggest he will correct the record this time around.

Likely to go off favourite for the race and it is easy to see why – the 10-year-old has returned from retirement for a crack at this race, is a mum and also a grey! She also has the ability to match her crowd-friendly qualities and having already tasted success over the Grand National fences this season, looks one of the more likely winners. The last of the four mares in the race, she was well held in the Irish Grand National last season and looks up against it once again here.

A heavy faller at Kempton last time which limits confidence a little bit, but he was at the business end in a pair of competitive handicaps before that and can’t be completely ruled out despite a career best being required.

A consistent performer who could be heading into this race with three wins in the race rather than a trio of seconds. In that case he warrants plenty of respect and may be swimming under the radar in colours that are synonymous with this race.

The best of the British when sixth in the race last season, another brave effort could be on the cards from the admirable seven-year-old, who was also fourth in this race when sent off favourite in 2017. He is respected, but the modern Grand National is no place for old bones.

Sneaks in towards the bottom of the weights, but there is little to suggest he will rip up the form book and cause a shock.

It is interesting that Elliott has done everything possible to ensure this 11-year-old gets his chance in the race and won the Punchestown Grand National Trial on his penultimate start. However, he may need the rain to fall to enter the winner’s enclosure.

Guide to the Grand National fences