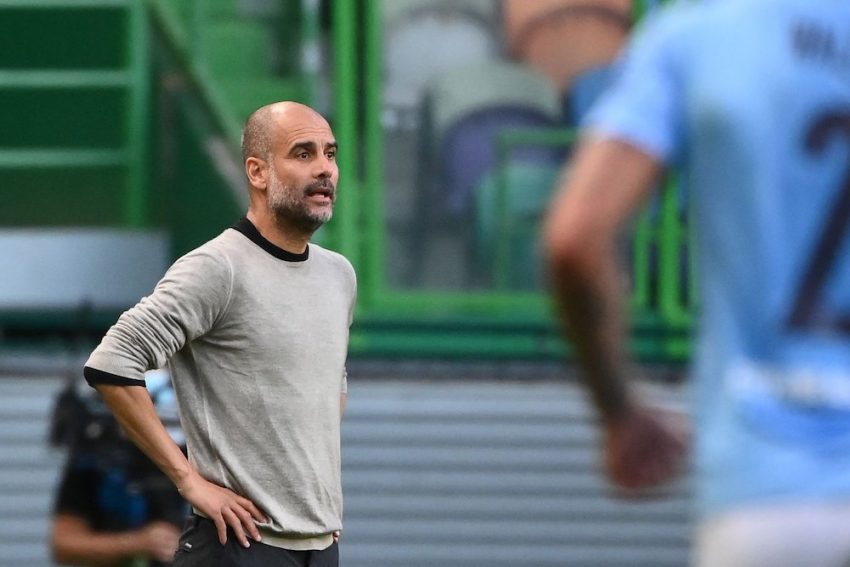 Pipped to last season’s European honours by Chelsea, the reigning Premier League champions are yet to cap their most successful era with a coveted Champions League victory.

However, Guardiola was keen to stress that succeeding on multiple fronts remains within City’s (9/4 Champions League outright) capabilities – though only with a fit playing staff at his disposal.

“It can happen, that’s true,’ said the City helmsman to media on Monday, before adding: “We have to recover people; with 14 or 15 players, you cannot sustain as much.

“Every season we are fighting for both. The treble – it’s just the next one.

“Reach the quarter-final and, step by step, we’ll see.”

Guardiola expects to have only a threadbare squad to select from when Sporting visit the Etihad on Wednesday evening, though a 0-5 away win in mid-February has put the Citizens firmly in command of their last-16 tie.

City’s problems are most noticeable at the back. Kyle Walker is serving a European suspension for his red card against RB Leipzig, Joao Cancelo is suffering from illness and Nathan Ake is also out of contention. However, Oleksandr Zinchenko and Luke Mbete could be in line for involvement.

“We don’t have many players – just 14 available,” said the Catalan. “Just three defenders – we have to look at the second team and see what we had to do.”

A brace for Bernardo Silva complemented goals for Riyad Mahrez, Phil Foden and Raheem Sterling in the Portuguese capital, as City romped to a healthy victory.

That scorline affords Guardiola the luxury of resting some of his remaining key players and Kevin de Bruyne, one yellow card away from suspension, may begin the clash on the bench, it was also revealed.