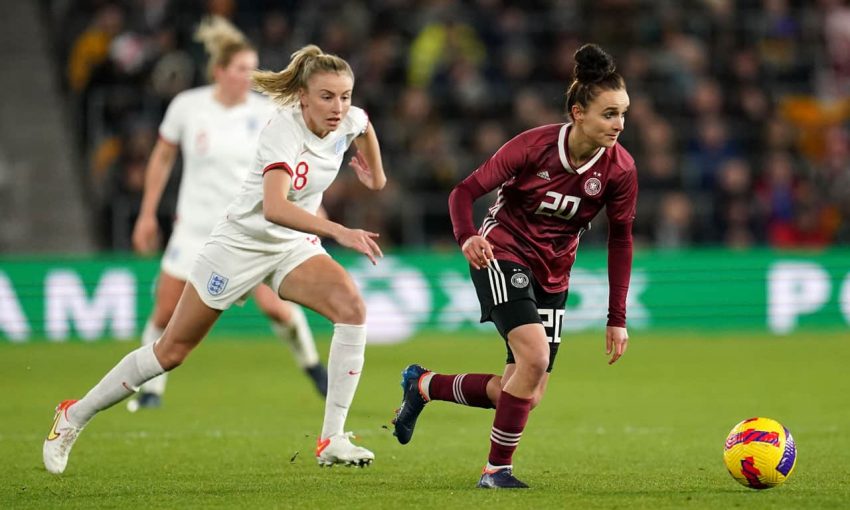 Women’s Euro 2022: Guide to the format and the teams

The UEFA Women’s Euro 2022 will be held in England in July. It is the 13th edition of the tournament and the first to be hosted in England since 2005.

With record crowds expected, the stage is set for a thrilling summer of football as the Lionesses try to get their hands on the trophy for the first time.

The action gets under way at Old Trafford on Wednesday, July 6 with England taking on Austria. The Women’s Euro 2022 final will be at Wembley Stadium on Sunday, July 31.

How does the Women’s Euro work?

The Women’s Euro is made up of 16 teams, split into four groups of four (A, B, C and D). Each team plays the other three teams in their group once.

The winners and runners-up from each group will qualify for the quarter-finals. The tournament continues in a knockout format until the final at Wembley on July 31. Which nations have had the most success in the Women’s Euro?

Germany are by far the most successful team at the Women’s Euro, winning the tournament on eight of the 10 occasions they have taken part. The Germans are currently ranked fourth in the world and it would be naive to rule them out this year.

Norway (twice), the Netherlands and Sweden are the only other nations to have won the tournament, with the Norwegians also reaching the final a further four times.

England are twice runners-up, with their most recent heartbreak coming against serial winners Germany. The Lionesses suffered a 6-2 defeat in the 2009 final.

England have made the semi-finals on three further occasions, most recently in 2017 before losing 3-0 to hosts and eventual champions the Netherlands.

The first six editions of the Women’s Euro (up to and including 1995) were four-team knockout tournaments. In 1997, the tournament expanded to include more teams and a group stage, with 16 countries taking part for the first time in 2017.

Germany have remained the dominant force since the expansion, winning 25 of the 31 games they have played since the group stage was introduced in 1997.

The Germans have only suffered two defeats in that time, one against Denmark in the 2017 quarter-final and the other against Norway in the 2013 group stage (a defeat they avenged in the final).

The Netherlands – champions on home soil in 2017 – boast the second-highest win percentage, followed by Sweden.

England rank fourth among teams to have played at least 10 games at the Women’s Euro since 1997, despite having a losing record overall (eight wins, nine defeats).

Who are the strongest teams at the Women’s Euro 2022?

While the seedings for the group stage have ensured that there is no ‘Group of Death’ this year, some teams have enjoyed a kinder draw than others.

The Lionesses have a good draw on paper, according to FIFA world rankings. This is despite slipping to eighth themselves, their joint-worst ranking since 2013.

England’s highest-ranked opponent is Norway, in 11th, while they also face the lowest-ranked side in the tournament in Northern Ireland (46th). Their other opponent, Austria, is ranked 21st but reached the semi-finals in 2017.

Sweden are ranked second in the world, behind the USA, and they face a tough test against defending champions the Netherlands in Group C. However, both will fancy their chances against their remaining opponents, Switzerland and Portugal.

Germany also have a tricky draw in Group B which sees them face Spain and five-time semi-finalists and 2017 runners-up Denmark.

France are likely to have an easier passage to the knockout stages in Group D, with Italy – ranked 14th in the world – their strongest opponent.

Prior to the tournament one of our best indicators of how well a team might perform is the ease with which they qualified.

The Netherlands topped their qualifying group in style, winning all 10 of their matches, while Denmark won nine and drew the other, but how often does a strong showing here matter in the tournament itself?

In the last six tournaments – those which have featured at least eight nations – we have seen a total of 64 teams take part. These are split almost evenly between those who won a qualifying group (33) and those who qualified via other means (31), such as a play-off or being the host nation.

In the group stage of the tournament we can see clear dominance by the most convincing teams in qualifying, who have won 11 of the 16 groups contested since 1997. However in the knockout stages this effect almost disappears.

While four of the six European champions in this period had won their qualifying group, the number of teams finishing as runners-up or losing semi-finalists was evenly split between those who did and those who didn’t. Therefore, while we should consider qualifying records when predicting who will win each group, we should not pay too much attention to them when assessing the knockout rounds.

How can England reach the Women’s Euro 2022 final?

Based on the latest FIFA rankings, England should win Group A, which means that they would face Spain – as likely Group B runners-up – in the quarter-finals. Given the Spaniards’ poor record in recent tournaments, this should be a straightforward tie for the Lionesses.

At the semi-final stage their most probable opponents are somewhat tougher: Sweden or the Netherlands as potential Group C winners.

Should they reach the final, then France or Germany would probably await as the strongest teams on the other side of the draw.