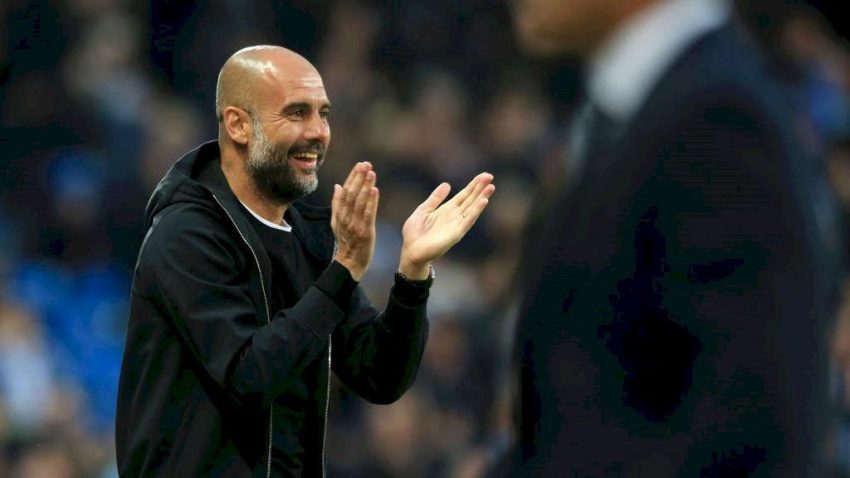 Erling Haaland admitted it was “good” to get off the mark for Manchester City (8/15 Premier League Outright), as Pep Guardiola’s (pictured) men began their Premier League title defence with a 2-0 win at West Ham.

Haaland opened his account with a first-half penalty after being fouled by Hammers’ substitute goalkeeper Alphonse Areola, before stroking home a second after the break.

His brace meant Guardiola could bring him off with 12 minutes remaining, although the striker admitted post-match to being frustrated at not being allowed to go after a hat-trick.

The 22-year-old (11/8 Premier League Top Goalscorer) previously netted in a friendly against Bayern Munich but was criticised in some quarters for his lack of composure in last weekend’s 3-1 Community Shield defeat to Liverpool.

However, Sunday’s showing in Stratford seemed to serve notice to the Premier League and while the former Borussia Dortmund was pleased with his contribution, he seemed wary of going overboard.

“It was good. [It was a] good start there is nothing much to say other than that and it was 2-0,” he told Sky Sports. “Good to get some minutes in the legs early in the season and we have to keep going.”

Harry Maguire admitted that Manchester United (11/4 Top Four Finish) were “far too open” as they crashed to a 2-1 opening defeat against Brighton.

Pascal Gross scored both of the Seagulls’ goals as they claimed their first-ever win at Old Trafford, to take his career tally against the Red Devils to six, three more than any other club in the Premier League.

Diogo Dalot was involved as Alexis Mac Allister got the final touch for United’s goal but they couldn’t grab an equaliser as Erik ten Hag’s reign began with a lacklustre loss.

Maguire partnered new signing Lisandro Martinez in the heart of the defence, with Christian Eriksen also handed a debut. Cristiano Ronaldo was introduced from the bench after 53 minutes and had a positive influence, without being decisive.

The captain pleaded for patience as Ten Hag continues to push his message to his players but admitted that they will need to tighten up to get anything from the remainder of the season.

“Everyone knew the task,” he told Sky Sports. “We had a bad season last season. We’ve got a new manager trying to put his philosophy on the team but when we don’t get it right we look far too open.”

Goals from Timothy Castagne and Kiernan Dewsbury-Hall put the Foxes in control after a dominant first half which also saw Youri Tielemans hit the post.

However, Ivan Toney got one back before Josh Dasilva fired home with his left foot late on to grab a point for the Bees.