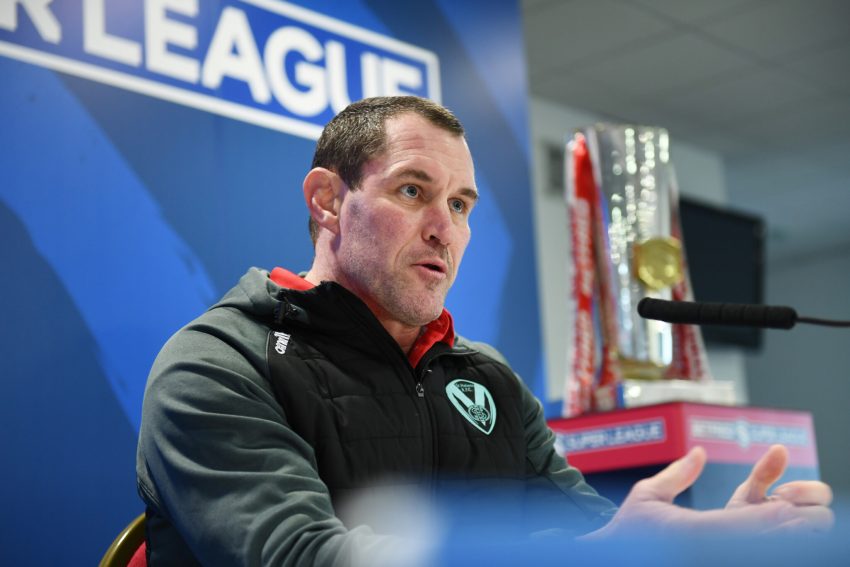 Saints (EVS Grand Final Winner) and Wigan (7/2) are scheduled to kick off at 16:45 with Wakefield Trinity and Toulouse getting the action underway on Saturday at 14:30, while Leeds Rhinos and Castleford Tigers close out the day’s action at 19:00.

There’s so much riding on the result in the middle game between the top two in the Betfred Super League standings with Saints sitting two points clear of Wigan.

It’s also a repeat of this season’s Challenge Cup semi-final when Wigan ran out 20-18 winners over their long-term rivals.

Saints head coach Kristian Woolf admits his men have learned from their mistakes following that defeat and feels Magic Weekend is the perfect occasion to earn some revenge.

Woolf said: “There are a couple of things we learned from the semi-final defeat that we have had a look at; areas where we aim to be better and where they caught us by surprise.

“That was a few months ago though – it is a different day, a big occasion and it is about who handles it.

“It is two traditional heavyweights – we have both been successful since the start of Super League and makes this weekend a real spectacle that people are going to tune into.”

Saints can call on recent history to boost their levels of optimism, winning each of the last four meetings in the Betfred Super League.

Saturday’s opener comes from the other end of the standings when rock-bottom Toulouse take on second-from-bottom Wakefield (Match Betting – Wakefield Trinity 10/11, Tie 18/1, Toulouse 21/20).

Toulouse’s win over Hull KR last time out has offered hope of potentially avoiding relegation after closing the gap on Wakefield to just four points.

A second successive win on Saturday would see Toulouse move within two points of their rivals and seriously apply some pressure in the race to survive.

The French outfit did claim a 20-14 when hosting Wakefield in May, having lost 18-6 in the reverse fixture, and Saturday’s game could prove to be season-defining.

Finally, Castleford, who sit fifth, will be hoping to further strengthen their playoff claims when they take on Leeds in the 19:00 game (Match Betting – Leeds Rhinos 8/13, Tie 20/1, Castleford Tigers 7/5).

The Tigers are riding a three-game winning streak and have opened up a four-point gap to seventh-placed Salford Red Devils.

Leeds, meanwhile, responded to back-to-back defeats when beating Hull FC last Saturday to offer hope of a potential playoff charge but they need to start finding a better level of consistency.

Cas have won the last three meetings with Leeds across all competitions, including an emphatic 40-16 win in the Challenge Cup this season.