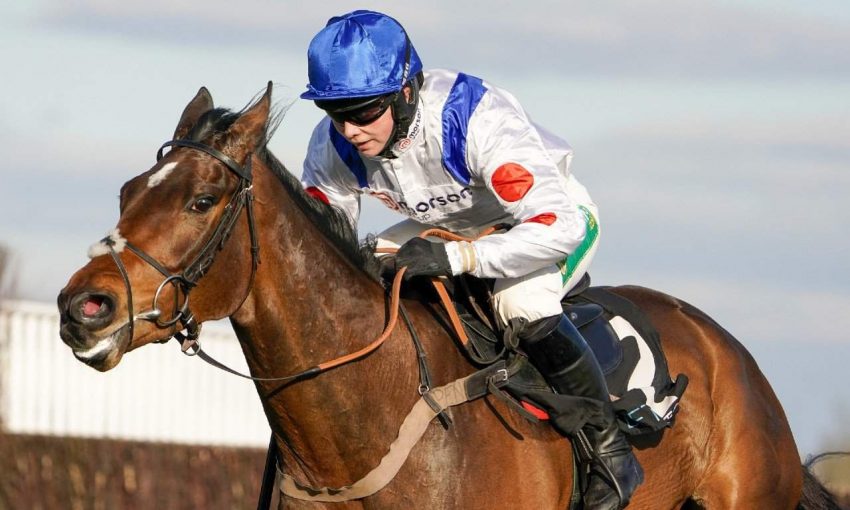 Horses to consider at the Cheltenham Festival

The Cheltenham Festival is only two weeks away and some of the biggest stars of the track have been putting their Prestbury Park credentials to the test in some of the big trials on both sides of the Irish Sea.

Having already taken an in-depth look at both the Cheltenham Gold Cup and Champion Hurdle and with Coral having ante-post markets available for all 28 Cheltenham Festival races, we attempt to pick out some Cheltenham tips for each day of March’s showpiece meeting.

With most of the Cheltenham hopefuls going through their final preparations, we look at the Cheltenham betting to pick out some Cheltenham tips for the Grade One action on display at the Festival and we attempt to hunt out the value in some of the week’s biggest races.

Held in the highest regard by handler Paul Nicholls, Hitman could finally get the chance to showcase his talents over an adequate trip having been held back at two miles so far this season.

Following seconds in both the Haldon Gold Cup and Tingle Creek, when he was staying on strongly behind stablemate Greaneteen, he again showed the minimum distance was a touch on the short side when third in the Game Spirit at Newbury.

He has been screaming for a step up in trip all season and that is what he will get at the Cheltenham Festival when scheduled to run in the Ryanair Chase on day three.

He ran over an immediate distance three times as a novice, winning once. In the other two runs he was a faller in the Scilly Isles when travelling well, while he bumped into Gold Cup contender Protektorat when third in Aintree’s Grade One Manifesto Novices’ Chase in the spring.

Although the favourite for the Ryanair, Allaho (4/6), looks a tough nut to crack and one of the week’s bankers, the opposition looks thin on the ground and with Hitman unexposed at the distance, he could be the one to give Willie Mullins’ defending champ most to think about at 20/1.

We stick with the St Patrick’s Day action for the next of our Cheltenham tips selections and we head to the Stayers’ Hurdle where Indefatigable must have a fine chance of causing an upset in an open year at 25/1.

Paul Webber’s stable star was a Cheltenham Festival winner in 2020 when needing every yard of the 2m4f trip to take the concluding Martin Pipe and her performances this season have shown that she perhaps needs three miles to be at her very best these days. The nine-year-old started her season with a win in Wetherby’s Grade Two West Yorkshire Hurdle and although disappointing in the Long Distance Hurdle at Newbury, she showed her love of Prestbury Park when beaten a neck in a mares’ handicap in December.

Two things Indefatigable loves are fast ground and Cheltenham and if the skies stay dry, then the gutsy daughter of Schiaparelli could cause an upset in a race where there is plenty of question marks surrounding those at the top of the market.

Kicking off the action on Gold Cup day is the Triumph Hurdle and the the Irish look to have the top of the market well covered with the big three of Vauban (15/8), Pied Piper (9/4) and Fil Dor (5/1).

However, it could be Vauban’s stablemate Il Etait Temps that provides the value in Cheltenham tips, with Cheltenham odds of 14/1.

The four-year-old was an eye-catching third behind Vauban on his debut for Mullins at the Dublin Racing Festival and this inexperienced son of Jukebox Jury could have any amount of improvement to come having run just the twice in France when trained by Emmanuel Clayeux.

He has just under six lengths to find with the Triumph Hurdle favourite on Leopardstown form and it would be no surprise if he made the big three a fab four in the closing stages of this contest.

The Irish look set to continue their Cheltenham Festival dominance in most of the Grade One contests at Prestbury Park, but with the likely defection of Galopin Des Champs (4/5) to the Turners Novices’ Chase, one they appear to have left for the Brits is the Brown Advisory Novices’ Chase.

Bravemansgame (2/1) looks likely to be sent off favourite in the Irish’s absence and the narrative of the race will centre around the third clash between the Ditcheat star and Lucinda Russell’s Ahoy Senor (9/2), but it could be Bravemansgame’s stablemate that springs a surprise.

Threeunderthrufive has the option of stepping up to 3m6f in the National Hunt Chase or running in handicap company in the opening day Ultima Handicap Chase, but connections seem certain on going for the three mile Grade One on the Wednesday of the Cheltenham Festival. It is easy to see why they have chosen this route as Threeunderthrufive looks well above par following four straight fences victories.

Although beaten on his chasing debut at Chepstow, he reversed the form of that race when a taking winner over the Brown Advisory course and distance in the autumn. In fact his sole conqueror Does He Know was a Grade Two winner on his most recent outing and the form of Threeunderthrufive’s victories stack up well.

He has won back-to-back Grade Two staying chases either side of Christmas and has the type of running style where it is hard to get a true gauge of where his ceiling is.

The seven-year-old could be more than capable of taking a further step forward at the Cheltenham Festival and at odds of 14/1, appears one to add to the Cheltenham tips notebook.