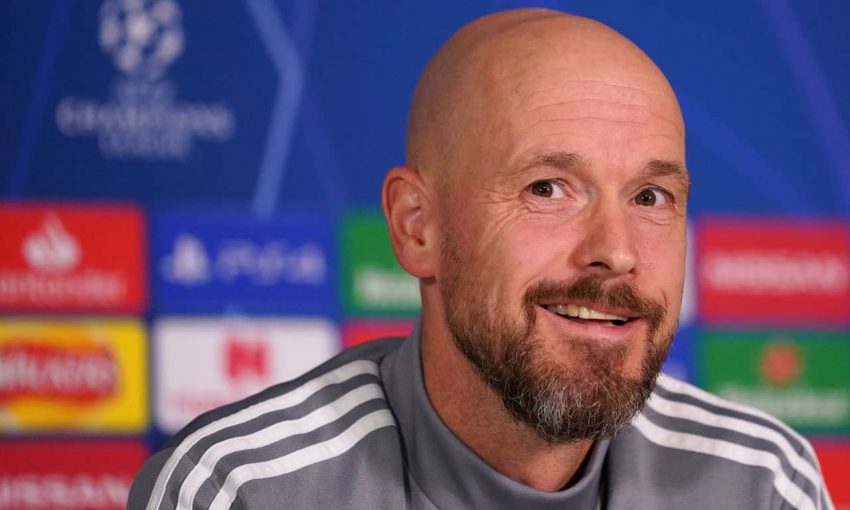 No Dutchman has led a team to the league title, although three have FA Cup medals in their trophy cabinets with Chelsea or United.

Here we look at the record of Ten Hag’s predecessors as he prepares to leave Ajax and take over at Old Trafford next season.

The first of the Premier League’s Dutch managers became the first black manager to win a major English trophy with the Blues’ 1997 FA Cup win.

They also finished sixth in the league and were second the following season when Gullit was controversially sacked, with chairman Ken Bates labelling him “arrogant”.

His Newcastle reign, by contrast, was marred by fallings-out with star men Alan Shearer and Rob Lee and he resigned days after a home derby defeat by Sunderland.

Named manager of the month in his second month in the Premier League, December 2004, and then led Tottenham to consecutive fifth-placed finishes – although the first was memorable for a final-day drop out of the Champions League places amid an outbreak of illness and lasagne-related conspiracy theories.

He was sacked after a poor start to the 2007-08 season and replaced by Juande Ramos but returned to England nearly four years later with Fulham, leading them to a top-half finish and then 12th the following season.

Roman Abramovich twice turned to Hiddink to steer the ship after sacking first Luiz Felipe Scolari in 2009 and then Jose Mourinho in 2015.

His first spell brought a third-placed finish, a controversial Champions League semi-final exit to Barcelona and an FA Cup win, with only one defeat in any competition, while his second rescued an alarming slump to 16th under Mourinho’s rapidly imploding stewardship.

Jol’s assistant at Fulham replaced him in the top job but failed to even see out the season as they slipped to the foot of the table and made Felix Magath their third manager of the campaign, eventually finishing 19th.

Koeman made a flying start with Southampton, leading them to second in the league early in his reign after a pre-season player exodus left him tweeting pictures of an empty training ground.

They finished seventh and then sixth, earning Koeman three manager-of-the-month awards and ultimately the Everton job.

He secured Europa League qualification in his first season but a nightmare start to 2017-18 saw him sacked in October with the club in the relegation zone. Ten Hag follows in the footsteps of Van Gaal as Dutch managers at Old Trafford, with an FA Cup success to live up to but only fourth- and fifth-placed league finishes.

Van Gaal, who never truly won over the United fans, warned Ten Hag off the United job in March when he urged him to “choose a football club and not a commercial club”.’

The statistics do not do justice to the job Advocaat did in keeping Sunderland in the Premier League as interim boss in 2015-16, opening with a derby draw at Newcastle and beating Everton and Chelsea back-to-back having also held Arsenal 0-0.

He was tempted out of a planned retirement to take the job on a permanent basis but resigned after a poor start to the following season.

The shortest, in terms of games, and least successful permanent managerial reign in the Premier League as De Boer’s theoretical three-year contract became 10 weeks, four league games, no points and no goals – though his side did win a League Cup tie against then-Championship side Ipswich.