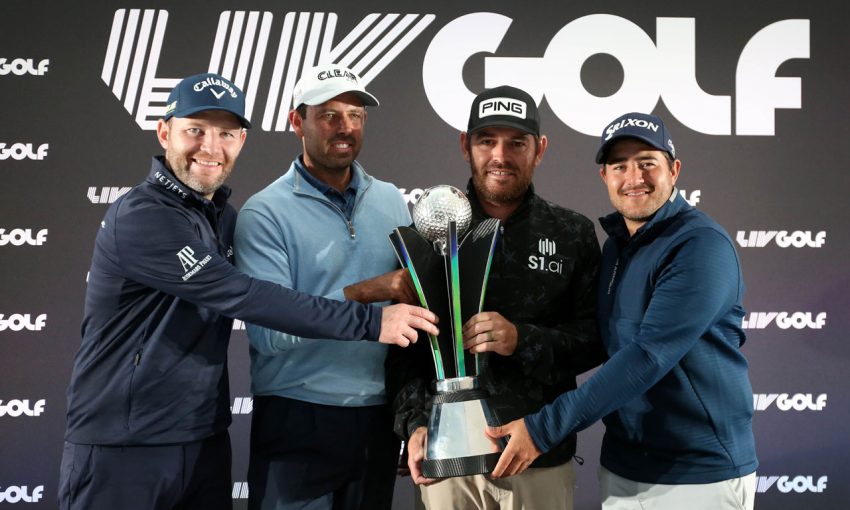 The new LIV Golf Invitational Series is threatening to tear men’s golf apart, with some of the top players backing the established PGA and European Tours while others defect to the Saudi-funded start-up.

LIV Golf – spearheaded by two-time major winner and former world number one Greg Norman – offers its players lucrative appearance fees and substantial prize money to boot, but critics have questioned the motives behind Saudi Arabia’s funding of the tour.

Ahead of the next event at Donald Trump’s course in Bedminster, New Jersey, we have crunched the numbers to make some LIV Golf vs PGA Tour comparisons.

What is LIV Golf?

LIV Golf claims to be doing things differently, although the overall set-up is broadly similar to the one used on all of the major tours. All but one of the tournaments follow a stroke-play format, where the winner is the player with the best score relative to par.

The main difference is that LIV events are played over three days (Friday to Sunday), rather than the traditional four. Each tournament is contested by 48 players – a third of the size of a typical field on the PGA Tour – with no halfway cut. The LIV Golf vs PGA Tour prize money is the key selling point for the new kid on the block.

The prize fund for each LIV tournament is an eye-watering $25 million, with the winner collecting $4 million for three days’ work. Both are larger than any PGA Tour event and the four major championships. The highest paying PGA Tour equivalent is the Players’ Championship, with a total pot of $20 million and a winner’s cheque of $3.6 million.

At LIV events, there is also an additional payout for members of the best performing teams. Teams are chosen during the week of the tournament, with the 48-man field split into 12 groups of four.

The 2022 LIV season consists of eight events – the first seven follow a stroke play format as described and the eighth is a match play event, which is the format used for the Ryder Cup.

Who has joined the LIV tour?

The Saudi-backed series has prised several of the game’s stars away from the long-established PGA and European Tours.

Dustin Johnson is the highest ranked, at number 17, but other big draws include the major-winning trio of Phil Mickelson, Brooks Koepka and Bryson DeChambeau. Europe’s Ryder Cup stalwarts such as Sergio García, Ian Poulter and Lee Westwood have also jumped ship.

Rory McIlroy and Justin Thomas, with six major wins between them, are among the PGA Tour players to have spoken out against the defectors. Their voices were recently amplified by Tiger Woods, who criticised those to have joined LIV on the eve of the Open Championship at St Andrews.

All told, the LIV roster is still developing, with leading players continuously being linked with the breakaway tour. As it stands, it is a mix of experienced household names and young, unproven hopefuls. One of LIV’s stated aims is to take golf global. Critics may dispute this given the schedule, with five of the eight events taking place in the US, but the crop of players does contain names from many parts of the world.

Around 31 per cent of players contracted to LIV are American, compared with 58 per cent of leading money winners on the US-based PGA Tour. Players from Africa, Asia and Oceania make up a combined 41 per cent, versus 15 per cent on the PGA Tour. The LIV field has a fair amount of major pedigree, with players boasting a combined total of 21 victories at golf’s biggest tournaments. Out of a 59-man roster, 11 players have won a major championship before, which is similar to the success rate among leading money winners on the PGA Tour (12 out of 59). The experience is far from evenly spread, however, with two-thirds of LIV players (38 out of 59) never having finished in the top 10 of a major, including 10 who are yet to even play in one of the sport’s biggest events.

The world rankings highlight this – for every LIV player inside the world’s top 50 (10) there is someone ranked outside the top 500 (nine).

What does LIV mean for the Ryder Cup?

The emergence of LIV has cast doubt over next year’s Ryder Cup, with event organisers (the PGA and European Tours) currently banning players based on their involvement with the Saudi breakaway.

The biennial team competition between Europe and the United States was established way back in 1927 and has traditionally attracted the game’s leading players, but its future could be in serious doubt if there is no resolution between the tours.

Europe’s preparations for Rome next year have already been thrown into disarray, with captain Henrik Stenson forced to step down after deciding to sign a contract with LIV. LIV’s roster has appeared in 72 Ryder Cups in total and includes eight players who took to the course last time out at Whistling Straits. Mickelson has a record 12 appearances to his name for the US, while on the European side Westwood and García have 21 caps between them.

If the past three Ryder Cups had been played in the current circumstances, a third of players could have been deemed ineligible.