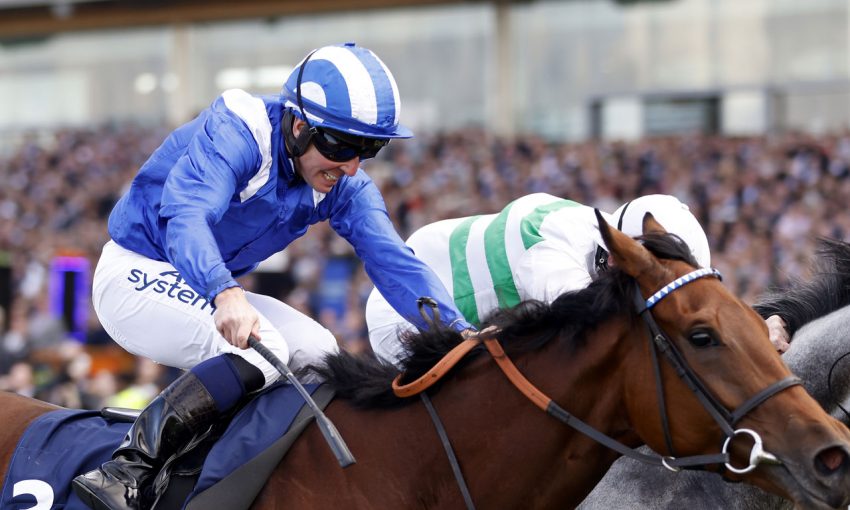 Coral ambassador Jim Crowley has four rides at Haydock on Saturday and he gave us the lowdown on each of them, as well as his thoughts on the Coral-Eclipse.

He won nicely last time but he has gone up 9lb now. This is his first attempt at 1m6f and the way he galloped past the line in that race suggests he will improve for this distance. Tom Ward’s horses are in really good form at the moment and the track should suit. It is a great spare ride to pick up.

She ran at Newbury and wasn’t fully tuned up. We were hoping the ground would be soft at Royal Ascot, as she had an entry in the Hardwick Stakes, but unfortunately she did not get the right conditions. I’ve ridden her since then and she has blossomed. She looks great and I could not be happier with her. It is nice she does not have a Group One penalty. I expect her to run a big race.

I rode him at York and he ran well that day. He is a former November Handicap winner. If there is any give in the ground, it will suit him. He is a tricky customer, but he has a lot of ability. I think he will have an each-way chance in this race.

I’ve not ridden this horse before. His best form is in Dubai, but he ran well behind Boardman at Chester on his penultimate outing. He needs to bounce back from his run at Ascot in the Buckingham Palace Stakes. If he runs to his Chester form, he will be in with a each-way squeak.

This is the first chance for the Classic generation to take on the older horses over this 10-furlong trip, and although it’s often a small field, the race always tends to be a highly tactical affair, in no small part because there’s so much at stake. No jockey wants to give an inch. If you need to take a lead, you can go into the home straight needing some luck up the rail, as the alternative in going out wide can use up far too much gas.

This is often a tactical race as well because you have mile and a half horses dropping back in trip, and milers stepping up for the first time. The former will want to make it a strong test of stamina, while the latter will be looking to keep something in the tank to get up that stiff Sandown hill, and the finish does take some getting.

It’s a fascinating line-up for this year’s race, Alenquer is an example of a horse with winning form over longer, who could look to go forward, while Native Trail is the opposite, having not run over further than a mile. I’m sure his jockey, William Buick, will be alive to how the pace of the race is unfolding.

I honestly think any one of the six could win it. Mishriff and Lord North are multiple winners at the top level, but the two I really like are Vadeni and Bay Bridge. Vadeni looked so good when winning the French Derby, and as a three-year-old he gets weight from the older quartet. Also, being drawn in stall four should enable Christophe Soumillon to get a good position early on, and they could take a lot of beating. However, I wouldn’t discount Bay Bridge. He was really impressive when winning the Brigadier Gerard here in May, and there was no disgrace in finishing second in a slightly-muddling Prince Of Wales’s last time. He also looks to have plenty of stamina, so that gives Ryan Moore options in terms of how he runs his race.

It’s an absolute cracker of a renewal, and although I’ll be riding at Haydock, I’ll be tuning in to watch the race like every other fan – it’s one not to miss.