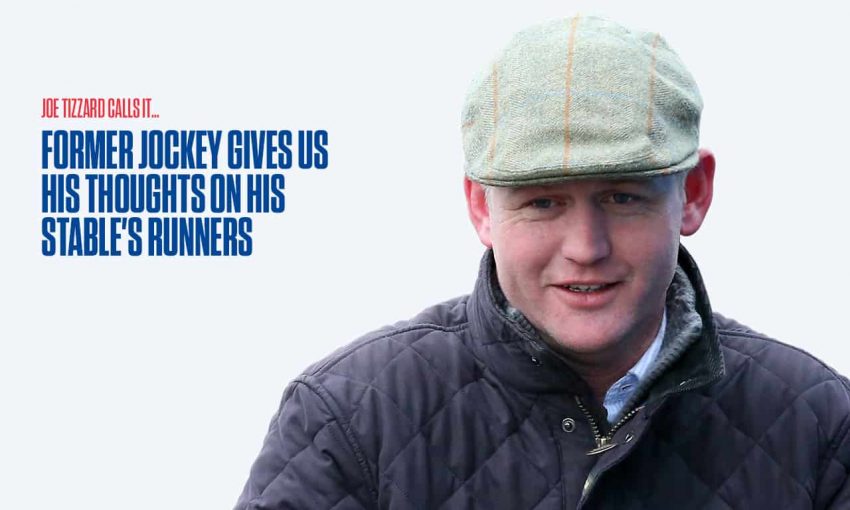 As a 10-year-old, Christmas In April qualifies for these veterans’ chases now, and this has the advantage of him not carrying a lot of weight, which he’s been doing for a while now.

That said, he can be a little bit hit and miss, although he is off a mark that he could be competitive off, and if nothing else, we’ll get him qualified for the final at Sandown.

With a bit less weight on his back he should enjoy himself, and he will go in again at some point.

So Said I was really impressive at Newbury recently, and she’s come out of it really well, so we’re in a no lose situation here. She’ll only be a novice for a little bit longer, and this is a good pot worth having a crack at.

She’s climbing up the rankings, and was impressive on soft ground last time as well, which she’ll get again here.

Dan Skelton’s horse [Get A Tonic] is the one to beat and we’ve got a bit to find with her, but we go there with a nice each-way chance.

I was disappointed with Sherborne on his last run. Brendan [Powell] thought he didn’t get the trip, but I’m not sure.

I do think he’s better than his current mark, and we have dropped him back to two miles, which on soft ground will suit him perfectly. He’s very well at home and I’m expecting him to run a nice race.

Striking A Pose is a gorgeous young horse who ran a blinder to finish second to an in-form horse at Chepstow last time. We went up five pounds for that, but the track and trip will suit him here, and while he’s up against some improving types here, I’m expecting him to be competitive.